EWEI’s Programme Officer, Gender, Mr Mendie Jeremiah, said at the opening session of the seminar in Kaduna, that the orientation was under the “We for Them (WFT)” project.

Jeremiah, also the Secondary Focal Person, WFT, explained that the project was being implemented in partnership with Africa Women’s Development Fund.

He said the project was specifically aimed at decreasing the frequency of SGBV, with a particular focus on sexual harassment and abuse in public spaces.

He said EWEI would be working with allies from ASUP, a male-dominated union of Kaduna Polytechnic to implement the project in the next two years.

He added that a total of 50 academic staff members were selected from five colleges of the institution to participate in the implementation of the project.

“It is important to state that this project recognises the power, influence, and intellectual nature of the union as a strategic ally to reform.

“This will ensure the implementation of existing legal instruments that address sexual harassment in this institution.

“Together, we will speak out against this social problem that has prevented members of our communities from developing and using their full potential, especially women and girls,” he said.

He described sexual harassment as “unwelcomed, unwanted sexual advances, and other verbal or physical contacts of a sexual nature that creates a hostile or offensive environment.”

He described sexual harassment as a physically and emotionally dangerous form of violence against women given its propensity to cause them distress.

“For example, it is harassment when women are asked for sexual favours in return for grades, jobs, promotions, or salary raises in places of work.

“WFT is similarly being implemented with members of the Kaduna chapter of the National Union of Road Transport Workers and we expect to reach more than 4,500 primary and secondary beneficiaries,” he said. 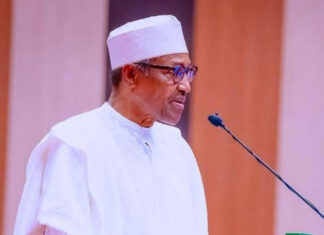