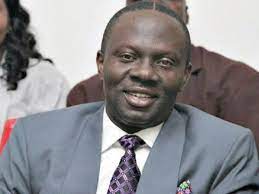 A group, Edo Progressive Alliance for United Nigeria (EPAUN), has taken former spokesman for Atiku Abubakar Campaign Organization, Kassim Afegbua, to task over his comment that the former Vice President is not fit to be given the PDP presidential ticket in 2023 on the grounds of his age.

Convener of the group, Femi Williams‎, in a statement in Benin City yesterday, said Afegbua was entitled to his opinion when he argued that President Buhari’s failure has taught Nigerians a lesson not to trust ‘old’ men again in Nigerian politics, but however pointed out that he is not entitled to insult the intelligence of Nigerians and distort history.

“Let us say from the start that Afegbua is not a PDP member and therefore he cannot decide for the party who its presidential candidate should be in 2023.

“Ordinarily, we could have ignored Afegbua’s treatise, but doing so would have misled many undiscerning Nigerians who are not aware of the issues involved.

“This is the most ridiculous logic one can ever read. How can President Buhari’s failure be a yardstick to conclude that all other ‘old’ politicians are automatically incompetent? One man’s failure cannot be the basis for judging the competence or capacity of other politicians. Besides, when has ‘old’ age become the basis for gauging the competence of political aspirants? It’s obvious that Afegbua didn’t do his homework because he was in too much of a hurry to impress his sponsors.

“History has a devastating way of humbling liars who attempt to distort the records. Despite his age, Lee Kuan Yew of Singapore transformed his country to prosperity. Age didn’t also stop Ronald Reagan from creating an economic boom. Again, age didn’t stop Mahathir Mohammed of Malaysia from transforming his country socially and economically. In fact, when Mahathir’s successor messed up the country, Malaysians had to call him out of retirement to come and serve again at the age of 90”, the group added.

It further argued that here in Nigeria age didn’t stop Obasanjo from giving quality leadership, including boosting the economy and attracting foreign investments that created GDP growth that averaged 6.95%, adding that‎ despite his age, Obasanjo had demonstrated remarkable leadership and used his influence to secure $18 billion debt relief for Nigeria in 2006.

“It’s therefore utter nonsense to link competence to age. As we have incompetent youths, so do we have incompetent ‘old’ people. Former Vice President Atiku Abubakar had proved himself; there was no responsibility assigned to him by Obasanjo that he didn’t carry out successfully. He has a proper grasp of the economy and also the acumen for assembling the best and brightest team to run the country. His blueprint is well articulated, so well articulated that his opponents stole his ideas without acknowledgement. They once condemned Atiku for seeking to revamp the NNPC and they are now doing exactly what they once condemned. His respect for Nigeria’s ethnic and religious diversity is one of his greatest leadership assets.

“No intelligent Nigerian can make a sense of Afegbua’s logic that simplistically associates incompetence with a man’s age. In fact, associating ‘old’ age with incompetence is incongruous with common sense and elementary logic. Obasanjo was one of the oldest leaders ever elected in Africa and also one of the most competent. So, every politician should be judged on the basis of their individual competence rather than their age. We have records of younger politicians who performed disastrously. So, the failure of one ‘old’ man shouldn’t be used as an excuse to disqualify every other ‘old’ politician aspiring for public office. So, because President Buhari has failed, older politicians should be denied the right to contest elections? What kind of thinking is that? Buhari is an individual; he didn’t fail because of his age. He failed because of his own individual leadership inadequacy. Atiku should be judged by his own record and capacity rather than his age. Besides, you can’t punish older politicians for the perceived failure of President Buhari”, the group stated.

It, therefore, urged Afegbua to focus on Atiku’s competence rather than his age, adding that the former Vice President has a unifying vision which is necessary for moving Nigeria forward.