Farmers in Gombe State have been urged to support the course of ensuring food security in the country by subscribing to the use of improved and certified seeds and seedlings as well as the use of modern technology in their agricultural activities.

The call was made by the Senior Intervention Officer of Mercy Corp Mr Isah Usman, at an agricultural input trade fair that was organised by the group on Monday in Gombe. During the fair where companies and other sellers were invited to meet and interface with farmers, Isah explained that the challenges of food insecurity was what prompted the program which was set out to update the farmer with the most recent information on modern farming.

According to him, it is expected that after the fair farmers in Gombe would subscribe to modern-day farming techniques which will improve their productivity and in turn aid the country in addressing food insecurity which is becoming an issue and more challenging.

“Farmers in the north-east are facing a lot of challenges one of which is access to quality agricultural inputs, so we brought farmers here today to meet with inputs sellers, to have access to the inputs especially seeds which is one of the very big challenges that the farmers are having.

We are here to create access to agricultural inputs to farmers by bringing different companies including seeds companies, fertilizer companies both organic and inorganic as well as mechanisation service providers and other services provider that has to do with agricultural input,” Isah told Daily Sun in an interview in Gombe.

He further disclosed that during the trade fair the farmers were informed and updated on modern agricultural practices. He said: “Some farmers are still using the outdated information they had from their forefathers to produce their crops, we have new technologies, we have improved seeds and several verities that if farmers are aware is going to increase their production”.

Speaking at the event which is expected to hold for three more days in three Local Government Areas (LGA) of Gombe state, the Technical Director of the Gombe State Agricultural Development Project (GSADP), Mr Joseph Kaltungo stated that the act of fetching seeds from farm produce has been the major problem affecting and depriving the farmer of bumper harvest.

“We have what is used as seeds and its life span, most of our farmers today are planting what should be called and used for feeding that is grains. You cannot be planting the same seeds for over five to 10 years and expect to continue to have the bumper harvest that you got when you first use it. We know that buying seeds every year could be a bit difficult, but we have to do it even if not every year but at least every two to three years, we should not continue to use the same seeds for more than five years,” the director said.

He told Daily Sun that the trade fair was very vital as it allow the farmers to buy improved and certified seeds and also a chance to be informed on how to improve their farming activities. He said: “It gives us the opportunity to engage the farmers and tell them what and how to plant their intended seeds and when to plant as well as”. 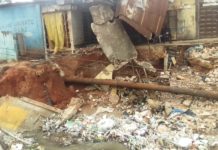 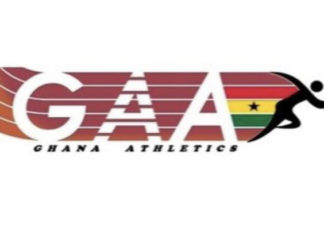