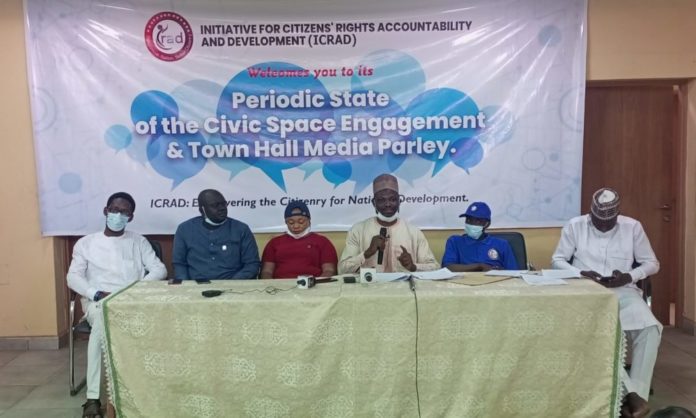 The Executive Director, ICRAD, Mr. Hassan Luqman disclosed this while addressing a press conference on Friday in Abuja.

He insisted that the fees racketeering in FCT schools must be unearthed in the interest of probity, transparency, accountability and due process in the generation and expenditure of resources by public officials.

The group alleged that students are being forced to pay N1,500 per session outside the official fees recognised by the FCTA for Senior Secondary School Students in FCT.

Luqman: “ICRAD had through the petition invited the anti-graft agency to look into the alleged “illegal imposition of a “mandatory, unauthorised and illegal payment of N1,500 PTA levy” per annum on all students in JS 3, SS 1, SS 2 and SS 3 in the FCT by the Board; a levy which cumulatively runs into a total couple of hundreds of millions of Naira annually.

“We stated that the N1,500 payment foisted on indigent students and their poor parents run contrary to legal enactments such as the Universal Basic Education (UBE) Act, the Public Procurement Act as well as the Treasury Single Account (TSA) regulations which are extant laws that ordinarily ought to govern such levy, its collection and/or expenditure – if it was actually deemed necessary and fair to be imposed in the first place.”

Luqman noted that the fee, which was tied to the School Management System (SMS), only allowed the students to check their results online.

The group wondered why students of public schools would be mandated to pay fees meant for parts of their academic activities into a private company’s account.

It noted that this was not only contrary to the federal government’s Treasury Single Account Policy which the FCT Administration has keyed into, but also against the principle of accountability which is the hallmark of financial regulations.

He said the fee was not paid into any of the recognized school accounts linked to the government Treasury Single Account (TSA) but into a private company’s account.

The group claimed that the fees are being paid into an account named ‘Shokami Consulting Limited’ with number 1014972989, domiciled at Zenith Bank Plc.

The group insisted that the issue remained hazy in the entire fees racketeering scandal in FCT schools, insisting it must be unearthed in the interest of probity, transparency, accountability and due process in the generation and expenditure of resources by public officials.