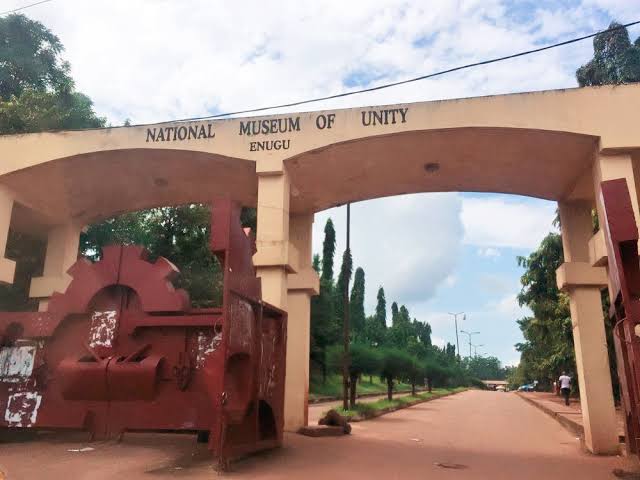 Coalition of Civil Society Organizations in Enugu state has condemned moves by the federal government to mount a tollgate at the National Museum of Unity, Enugu.

The plan was communicated to occupants of the Museum through a memo which purportedly emanated from the National Commission for Museums and Monuments.

Leader of the group, Onyebuchi Igboke called on the Director General of the commission and relevant authorities to investigate the purported letter, stressing that it was fraudulent.

They further threatened to petition both the Economic and Financial Crime Commission (EFCC) and the Independent Corrupt Practices and other related Offences Commission (ICPC) if the commission fails to investigate the said letter.

“The letter or memo issued with a letter headed paper from National Commission for Museum and Monument. The letter lacks merit in its entirety. The letter with a reference number AF 2021/SB/NCMM/1/001, addressed to the Curator, National Museum of Unity, Enugu state, calling for a toll gate in Enugu is dangerous and fraudulent.

“The fraudster is claiming that the letter was initiated from the Strategic Business Committee without mentioning who and when it was formed and inaugurated. We sense danger and fraud in the letter. It’s fraudulent because nobody signed it.

“We are calling on the National body of the commission to investigate the perpetrator or wherever this letter is coming from and if the letter is coming from them, we are going to resist them. Because, you cannot start collecting toll from people coming to museum premises, not to the museum itself.

“They should raise money from their direct activities not from people coming to do business with those they leased the land to that pays them rent. What are you doing with the money they pay to you? We condemned it and said it’s an evil plan dead on arrival. We are not going to accept it.

“They claimed that the collection of toll was to build toilets and maintain the premises. But based on our investigation and interaction, we found out that most of the occupants have water system toilets. They also promised to build more and maintain the environment if the toll is for the reason.

“We found out that the real objective of the letter was to defraud people because it can’t be attributed to the Director General of the National Museum and Monument.

“Any further activities or action on this letter, we are going to resist it and we are calling on all the relevant agencies especially the security agencies and anti graft agencies to review the letter.

“We are also going to petition ICPC and EFCC to investigate the intended fraudulent activity because nobody can be held responsible as nobody signed the letter,” he said.