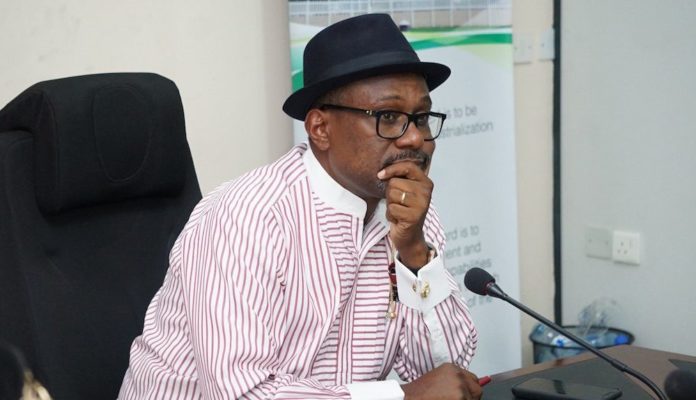 A group Transparency In Petroleum Exploration and Development Initiative (TIPEDI) has condemned what it called the relentless attack on the Executive Secretary of the Nigerian Content and Development Monitoring Board (NCDMB), Engr Simbi Kesiye Wabote.

The group which previously warned faceless attackers to desist from the attack on Hon. Minister of State Petroleum, Chief Timipre Sylva and Wabote accused detractors of using proxies to launch the attack.

TIPEDI, in a statement signed by its Director of Operations, Igho Derek Emuobome, said those behind the attacks are those uncomfortable with the achievements recorded by Wabote in NCDMB.

“However, we in TIPEDI can say with all confidence that the Executive Secretary, NCDMB, Engr. Simbi Wabote, who seems to be their main target now, is a man of impeccable character and high moral standing. He is a technocrat, who is well known within the oil and gas industry for his operational philosophy of transparency, accountability and zero tolerance for waste.

From our investigations, it has become clear that the entire campaign of calumny against Engr. Simbi Wabote is being orchestrated by forces that are no longer comfortable with his many achievements as Executive Secretary of the Local Content Board,” he noted.

Emuobome who explained that Wabote’s resort to legal means to clear his name is commendable as it would prove that the allegations against him are frivolous urged the public to disregard all the lies being spread through social media.

“Our advice to the general public is to continue to disregard all the rubbish that is being spread by those that are always willing to be used in destroying innocent Nigerians, whose only crime is to serve Nigeria diligently in whatever area they find themselves,” he said.