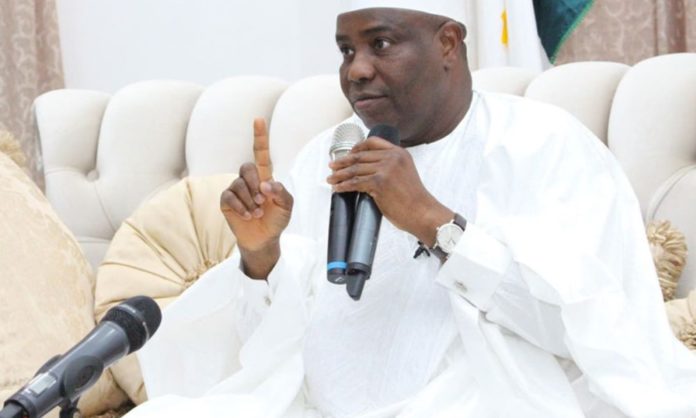 According to Governor Tambuwal, it is the best gift President Buhari would present to Nigerians in 2023 by ensuring a peaceful and credible elections that will usher in new leaders in the country.

He made the observation while speaking with newsmen in Kaduna after meeting with former Governor of Kaduna State, Alhaji Ahmed Mohammed Makarfi who returned from medical treatment overseas.

Governor Tambuwal noted that, “despite all the failures that Nigerians are seeing in this administration, the only legacy that is left for him (President Buhari) is to ensure that there is free, fair and credible general elections in every part of the country, same way as President Goodluck Jonathan did and handed over to him in 2015.”

Governor Tambuwal observed that the Head of the electoral umpire, Prof Mahmood Yakubu has only one option in the country – to leave a lasting legacy of a credible election.

Makarfi had in his remarks admonished the PDP stalwarts and other party members all over the country to unite and embrace one another towards having a successful election next year.

According to Makarfi, “If we unite and accommodate each other, we will have cause to smile at the end of the day in 2023.”