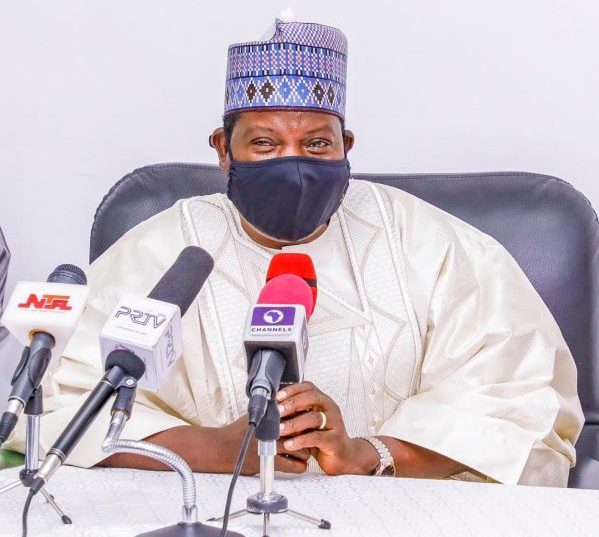 Gov. Simon Lalong of Plateau has begged the government and people of Ondo for forgiveness, following the recent attack on their people.

This came after about 23 people from Ondo passing through Jos were killed on Aug. 14, while 23 were injured.

The commuters were attacked en route Ondo along Rukuba Road in Jos North Local Government Area, of which more than 30 were rescued by security agents.

However, Lalong apologised for the attack through his deputy, Prof. Sonny Tyoden, who led a delegation from the state to Ondo for a condolence visit and to formally deliver the survivors of the unfortunate attacks.

The apology is contained in a statement by the governor’s Director of Press and Public Affairs, Dr Makut Macham, on Saturday in Jos.

Tyoden said the visit was to convey the condolences and apologies of the Government and people of Plateau to their families as well as the entire people of Ondo State.

He pleaded for forgiveness for the actions of the criminals who perpetrated the act, saying they acted on their own as they did not represent any religious, ethnic, or social interest in the attack.

He said Lalong has been distressed by the incident, which is an attempt to jeopardize the substantial peace restored in the last six years since his assumption of office in the state.

He assured that the state government was committed to protecting the lives and properties of all Nigerians, saying that the culprits involved will be brought to book as many arrests have been made.

Responding, Gov. Oluwarotimi Akeredolu thanked Lalong for his quick intervention and other proactive measures taken to prevent the situation from escalating.

Represented by his deputy, Mr. Lucky Aiyedatiwa, the governor said on receiving the news, he immediately went to the cattle market to sympathize with the leadership of the Fulani brethren over the incident.

He said that his administration was concerned about the welfare of all citizens irrespective of their backgrounds, and appreciated his colleague for sending a high-level delegation to accompany their people back home.

The leader of the Fulani ethnic group in the South East, Alhaji Kabiru Mohammed, assured that they have forgiven all in the interest of peace and stability of Nigeria.

He promised that there would be no reprisals as they were happy to see their brothers back in their midst.

According to him, Nigeria is greater than any individual or interest group.