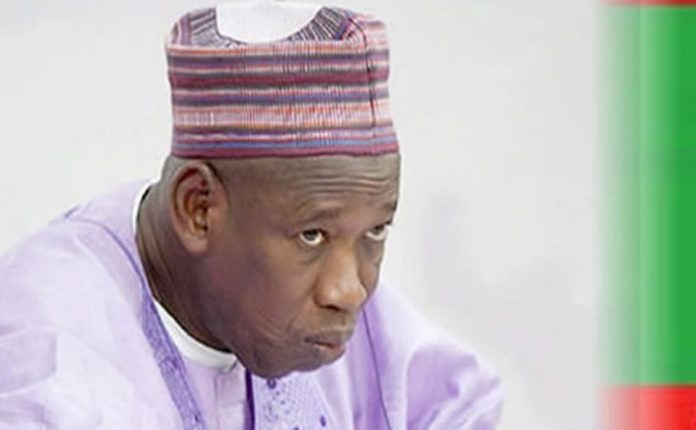 The Presidential Advisory Committee Against Corruption (PACAC) has said that Governor Umar Abdullahi Ganduje of Kano State has so many cases to answer in and out of office.

The Executive Secretary of the committee, Prof. Sadiq Isah Radda, disclosed this on Thursday in Abuja at the 26th Anti-Corruption Situation Room (ACSR) Assessment of 2021.

Prof. Radda lamented that Ganduje “has many cases to answer while in office and even more after living office”.

The engagement has its theme as “State of Anticorruption in Nigeria: Assessment of 2021 and agenda for 2022”.

It was organised by Human and Environmental Development Agenda (HEDA), a civil society organisation, at the Rock-view Royale Hotel.

Prof. Radda made the remarks while chairing the panel of discussion on how corruption fought back in 2021, experience of whistleblowers, anticorruption actors and journalists in the country.

The PACAC executive scribe, who encouraged anticorruption actors to be more resilient, also spoke about how Ganduje’s son reported the wrong doings of his mother to anticorruption authorities.

“You can see in Kano, Ganduje has many cases to answer while in office. He will answer more out of office and sadly for the first time in Nigeria a son is taking his mother to the EFCC,” Radda said.

Earlier in his opening remarks the Chairman of HEDA, Mr Olanrewaju Suraj, said that the purpose of his organisation’s engagement is for Nigeria’s collective good.

“We are not working for any government or political party or any person, but for Nigeria and that’s the purpose of our engagement and we must stand on solidarity to each other,” said Suraj.

Mr Muhuyi Magaji Rimingado, the suspended chairman of Kano State Anticorruption Commission, was among the panelists.

He shared his bitter experiences of undue influence, interference, harassment, intimidation, blackmail and threat to life during his tenure and under suspension by his employer.

On his part, Femi Falana (SAN), who spoke at length on Nigeria’s fight against corruption, believes that the APC government that claims to fight corruption as its cardinal principle, has lost the war.

Falana noted that the Ministry of Justice could not prosecute a single anti-corruption case successfully and instead went further to undermine the efforts of other entities.

He advocated the use of Recovery of Stolen Assets Act which provides stiffer penalty against any one found to have stolen one million or more to light imprisonment.