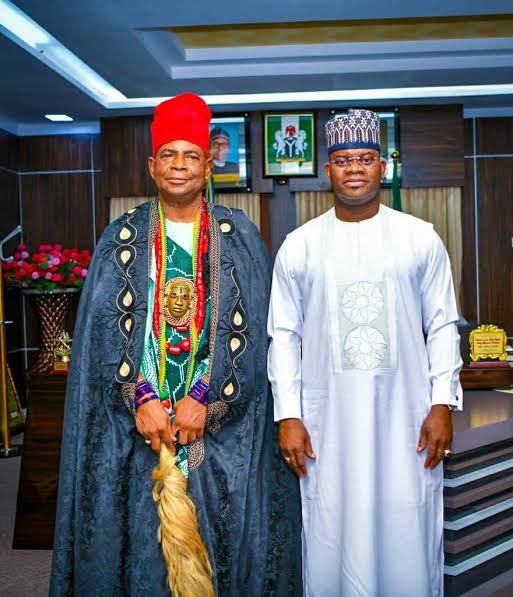 Bello, who presented the staff of office to the Igala Monarch on Friday in Idah admonished him not to politicize or intimidate people using his office.

The Governor who paid tribute to the immediate past Attah Igala HRM Ameh Oboni II said the appointment of the new traditional ruler is a clear departure from the past where such appointments are greeted with violence and destruction of properties.

He added that his administration has upgraded over 100 traditional stools in the state adding that, the appointment of the new Attah was done in accordance with the rule of law, and traditional history.

Bello noted that the era of imposition of traditional rulers ended when he came to power in 2016.

In his speech, the new Attah Igala, HRM Mathew Opaluwa who is the Chairman of the Kogi State traditional council promised to lead the Igala nation with the fear of God, honesty, and integrity.

He, however, sued for peace in Igala land while also constituting a 12 man advisory council for the development of the Igala nation.

DAILY POST reports that HRM Mathew Opaluwa who is the 28th Attah Igala takes over from HRM Ameh Oboni who journeyed to his ancestral home on 27th August 2020.