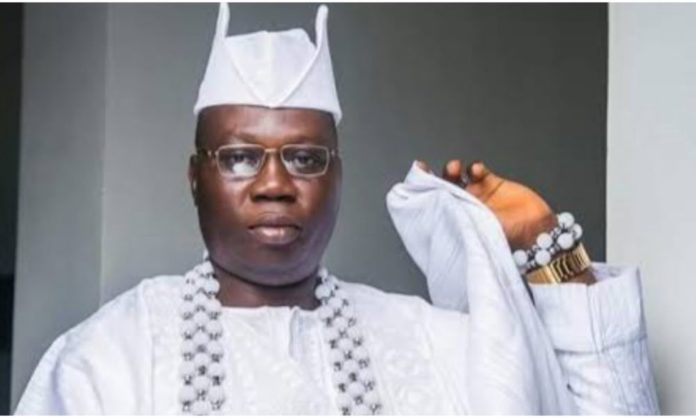 Aare Onakakanfo of Yorubaland, Iba Gani Adams has vowed to reinvent the glorious days of the southwest region and the Yoruba race.

Adams, a strong advocate of regionalism, reiterated his intention to work for the actualization at the Saviour Ministries Cherubim and Seraphim (C&S) in Ikeja, Lagos.

The Sunday church service was part of events for the 4th year anniversary of his ascension as the Aare, a position last held by business mogul and philanthropist, M.K.O. Abiola.

Adams expressed gratitude to God for the opportunity to weather the storm by coping with the demands of the office.

The traditional leader, who observed a Jumat service on Friday, promised to fulfil the promises he made in Oyo during his inauguration.

“My installation as the 15th Aare Onakakanfo of Yorubaland in 2018 came with a lot of hope and expectations from home and abroad,

“From my humble background as an activist, leader of Oodua People’s Congress (OPC) and Global Convener of Oodua Progressives Union (OPU), I knew the burden of leadership,” he said.

Adams said he worked for the establishment of the regional security outfit, Operation Amotekun, and South-West Security Stakeholders Group (SSSG) while assisting the less-privileged, students, traders and athletes.

“In the last four years, we have done our best in securing the South-West. For the legacies of the Yoruba race to endure, we will leverage on our past successes to reinvent the glorious days,” he said.

His wife, Ayinba Mojisola Adams, thanked God for “helping the Aare to sustain the core values of the institution”.