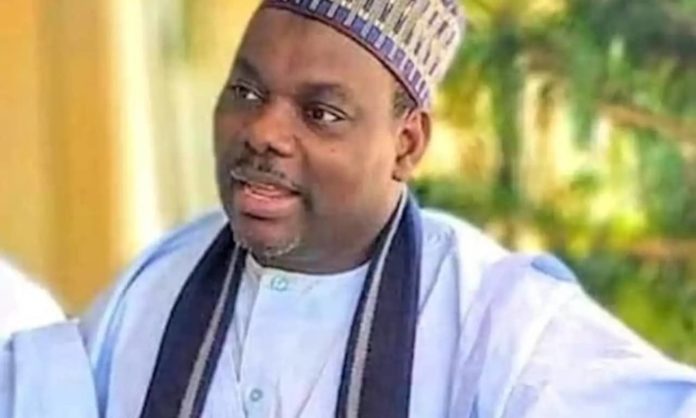 In a more conflicting dimension in the case of Kano’s Governor Abdullahi Ganduje’s critic, Muazu Magaji Dansarauniya, his counsel, Barrister Garzali Datti Ahmad, has sought for the review of his client’s bail conditions, which he failed to fulfil.

Dansarauniya’s counsel filed an application before the court praying it to review the conditions to enable him to perfect it.

Ahmad filed and signed an application for review dated 9th February 2022, praying the court to rescind its bail conditions for his client.

This could put to rest the conflicting reports going around on some radio stations and social media regarding the Dansarauniya’s bail.

It could be recalled that Senior Magistrate Aminu Gabari has admitted the defendant to bail the sum of N1 million with two reliable sureties who must be a village head of Dansarauniya in addition with either Hisbah Commander or Chief Imam of both Dawakin Tofa LGA.

The court also ordered that Mua’zu Magaji should deposit his international passport at the court registry.

Our correspondent reliably gathered that the defendants fulfilled the conditions as neither Hisbah Commander nor Chief Imam of Dawakin Tofa showed up to sign the bail bond for the defendant.

The defendant is standing trial over the alleged offence of defamation of character, intentional insult, injurious falsehood and inciting disturbance.

The defendant, however, pleaded not guilty to the charge.

The Prosecution Counsel, Barrister Wada A Wada, Principal State Counsel, (Kano State Ministry for Justice) told the court that the defendant committed the offence between 2021 and 2022 on his Facebook page.

Wada alleged that the defendant posted a picture of Ganduje with a yet to be identified woman in an immoral or extra-marital affair on his Facebook page.

The case has been adjourned to 2nd March 2022 for further mention.