Following the reported death of some animals as a result of the fumigation carried out on the premises of Olam Grains at Ogbondoroko community in Asa Local Government Area of Kwara State, the government has waded into the alleged feud between the people and the company.

Scores of animals in the Ogbondoroko community were said to have died after the fumigation of the company’s premises last week to keep off reptiles.

Our correspondent gathered that some animals owned by members of the community died in droves after eating the grass surrounding the premises of the company.

The Commissioner for Environment, Remilekun Banigbe, who led a government team on an inspection visit to Olam factory and the community on Sunday to ascertain the level of the incident, assured the people of adequate protection of lives of both human and animals in the area.

A statement signed by the Press Secretary in the Ministry of Environment, Okanlawon Taiwo, said that the commissioner explained that the cause of the death of the animals would be investigated thoroughly to forestall future occurrence.

The commissioner, during her visit to the the Mogaji of Ogbondoroko Land, Alhaji Ibrahim Ajape, said that Governor AbdulRahman AbdulRazaq was disturbed over the incident adding that “he is so passionate about the wellbeing of the people and would leave no stone unturned until the standard of living of the people improves.”

The Community Liaison Officer, Alhaji Ibrahim Isiaq, who spoke on behalf of the community, said the matter was already under control as a meeting had been scheduled with the Olam management team to ascertain the cause of the incident, with a view to resolving it amicably.

Isiaq said the the community had been playing host to the company for a long time and had benefitted immensely from its operations, hence their resolve to address and proffer a lasting solution to the problem.

Meanwhile, the commissioner at a meeting with the management of Olam Grains, made clarifications on the fumigation carried out at the premises of the company.

She advised that proper investigation should be done on the matter in order to know the cause of the death of the animals, adding that a comprehensive report should equally be forwarded to the ministry.

Speaking on behalf of the company, the Human Resource Manager, Mr. Solomon Makinde, appreciated the team from the ministry for the prompt intervention to investigate the issue, pointing out that the company had met with the community to take adequate measures to address the incident.

Makinde promised that an autopsy would be conducted to ascertain the real cause of the animals death, while a comprehensive report would be submitted to the ministry for further necessary action. 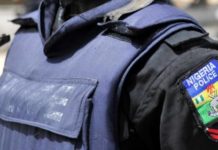 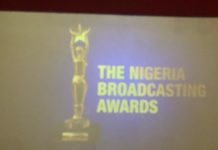