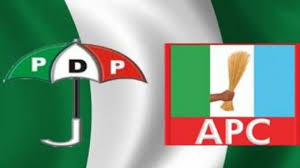 The Peoples Democratic Party (PDP) has demanded an independent investigation into the importation of toxic fuel into the country.

The party,  in a statement by its National Publicity Secretary, Debo Ologunagba, yesterday, alleged that there were attempts by the All Progressives Congress (APC) to shield those involved in the importation of the adulterated fuel.

The opposition party said there were reports that APC leaders allegedly connived with foreign interests to import the toxic fuel into the country.

“The inclination for official concealment ostensibly informed the refusal by the Minister of State for Petroleum Resources, Timipre Sylva, on national television on Wednesday, February 9, 2022, to name those involved in the importation of the poisonous fuel into our country.

“Against this backdrop, the PDP rejects the announced internal investigation of this terrible crime by the government, as the APC administration cannot be trusted, given its manifest predilection to shield the APC leaders involved. Nigerians note the various investigations instituted by the APC government in the past which ended without any meaningful outcome; notable among which was the manipulated EndSARS Report.

“The PDP, therefore, demands for an Independent Commission of Enquiry to investigate all issues connected to the “APC Toxic Fuel ImportGate”. Those involved must be exposed and held accountable.

“Where was the toxic fuel imported from? Which company is the pre-inspection agent?  How much was paid for the very cheap contaminated fuel and through which banks was payment effected? All documents relating to the transaction must be made public,” the party said.

It added that “President Muhammadu Buhari, as the Minister of Petroleum Resources, cannot acquit himself with his reported comedy of anger, buck-passing, querying of subordinates and attempt by government to use some companies as scapegoats instead of accepting responsibility by exposing and naming individuals involved in the crime.

“President Buhari and the APC must explain how the reported 317 million litres of toxic fuel came into our country, got cleared and distributed across the nation to worsen the life-discounting experiences of millions of Nigerians under the APC administration.

“Apart from the consequential economic hardship occasioned by the damaging of cars and equipment, crippling of means of livelihood across the country, as well as increase in the cost of food items and essential services, the cascading effect of adulterated fuel on our aviation industry can only be imagined.

“Sadly, the situation has the possibility to trigger loss of confidence by international airlines in our aviation fuel supply with attendant economic downturn, as they would more likely prefer to fuel in neighbouring countries.

“Our Party calls on all Nigerians, particularly the organised labour, civil society, student bodies, professional Bodies and all persons of goodwill to insist on an independent inquiry of this crime against the Nigerian people.”