Suspected armed herdsmen have again attacked local farmers in Guma Local Government Area of Benue State and reportedly killed five persons as well as injuring others. The incident reportedly happened about 1pm on Friday when the herdsmen invaded Tse Alashi, Kaambe community of Guma local government area of the state.

Sources from the area disclosed that the invading herdsmen had stormed the village in broad daylight while the people were going about their normal businesses.

One of the sources who spoke to newsmen by telephone said: “They killed three people who were on their farm and also moved to where some people were moulding burnt bricks and killed two people.”

“The incident happened around 1:00 pm this (Friday) afternoon, when some Fulani herders invaded a community called Tse Alashi and killed three people who were working on their farm. They also moved to a place where people were laying burnt bricks and killed two people.”

The chairman who described the attack as very sad and unfortunate said he had already informed the police about the invasion.

On his part, Security Adviser to the State Governor, Lt. Col. Paul Hemba (retd) also confirmed the attack revealing that some persons were killed by the invaders.

“It was an unprovoked attack. The people were on their farm working when the herders surrounded them and killed them,” Hemba said.

Also contacted, the State Police Public Relations Officer (PPRO), SP Catherine Anene confirmed the attack but said she had yet to receive the report of any killing, saying some police personnel had already been deployed to the area.

“We have information on the attack but I have not heard of any killing until the team drafted to the place arrives,” Anene said. 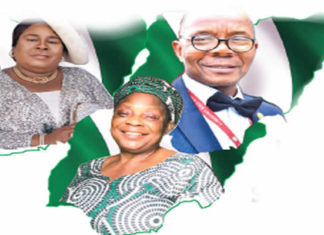