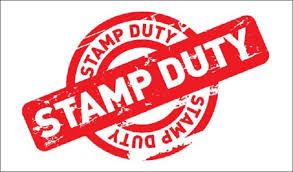 As the battle on stamp duties collection intensifies, there are indications that a clash may occur between the federal government and a trade union over whose mandate it is to collect stamp duties charges.

Federal Inland Revenue Service (FIRS) and Nigeria Postal Service (NIPOST) have for a while now been embattled over who is authorized by the law to assess, collect and account for the stamp duty charge.

However, NIPOST was stripped off of the capacity with the recent signing of the Finance Act by President Muhammadu Buhari.

The Senior Staff Association of Statutory Corporations and Government-Owned Companies (SSASCGOC), an affiliate of TUC, has opposed this development.

Speaking to journalists in Abuja at weekend, the National Treasurer of TUC, who is the immediate past President-General of SSASCGOC, Mohammad Yunusa, said that the Federal Government has already been dragged to court on the matter.

He said, ”The problem we have is the one that is connected to the Federal Government directly is about the Finance Act. The Finance Act has given the primary functions of NIPOST which is one of our branches to FIRS and we have challenged the government on this matter even to the court that the Finance Act must be reversed.

”You can’t take the statutory function of NIPOST and give it to other agency in the disguise of the Finance Act, we can’t accept it.

”Is there any organization by law that is allowed to produce and sell stamps in Nigeria apart from NIPOST? That’s what they are trying to do but it is not acceptable to us.”

In addition, Yunusa disclosed that his union would do everything possible in its rights to ensure the moves by the government to privatise the Nigerian Communications Satellites are not achieved.

According to him, the agency would go into extinction as soon as the government’s aim of privatising it is achieved.

”The Federal Government is trying to interfere in the Nigerian Communications Satellites (NigComSat). Although, to a great extent, we have settled that matter but they have not entirely red their hands.

”Government is thinking of privatising that organisation with the excuse that they are not generating enough revenue. But we are saying No!

”Once you privatise that organisation, especially with insecurity in Nigeria, all manners of bandits and insurgents will take over that place because the people you’re privatising to, only God knows what they would do with that enterprise after you have privatised it to them.

”To some extent, Government has listened to us, but we can still see some signs that they have not removed their hands entirely.” He noted. 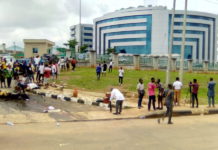