He alleged that some hoodlums on the order of the traditional ruler of Umunya, Igwe Kris Onyekwuluje, on April 7, 2022, stormed the company and destroyed property worth millions of naira. He disclosed that there was a previous raid of the premises in September last year, where some persons stormed the place with a bulldozer and destroyed structures on the site.

He specifically accused the Zone 13 Command of complicity and, therefore, urged Alkali to intervene by stopping the alleged intimidation, harassment and unlawful arrests. He claimed that the police were compromised and they turned the case against him even when he was the complainant/petitioner.

He wondered why police should dabble into a land matter, leaving the criminal aspect of the case, bordering on the wanton destruction of his property by some hired youths, over which the petition was before the Police Zone 13 Command.

He said he was at his Awkuzu hometown on April 7, 2022, when he received a distress call from his manager that some hoodlums, reportedly with police protection, invaded the place with a bulldozer and reduced some structures to rubble: “I went there and they started fighting us. We eventually got the bulldozer operator who confessed that it was somebody from Awka that sent him.

“When the police arrested the person, he said it was Igwe Onyekwuluje that paid him to do the job.

“We took him to the police station at Nteje. The next morning he was taken to the police headquarters in Awka where the person who engaged him for the job was arrested. Both of them made statements and we were taken to the Commissioner of Police’s office. I told the CP what happened and he asked the person who rented the bulldozer who hired him to do the job, and he said he was paid N250,000.

“The CP told the DPO of Nteje Police Station to continue with the investigation on the matter and impound the bulldozer and invite the Igwe to make his statement.

“I was informed that the CP later directed that those arrested should be released after two days and asked all of us to come to his office in Awka on Monday. I wasn’t feeling fine and I asked my manager to go and represent me at the police headquarters.”

The embattled businessman said some officers from Zone 13 Command came to meet with the Commissioner of Police, who then announced that he was handing over the matter to the police at Ukpo.

He noted that the police boss’s action was because an incident occurred on September 24, last year, when agents of the Anambra State Physical Planning Board invaded the place and he petitioned Zone 13.

He said: “No arrest and invitation by Zone 13. So, we decided to take the matter to court.  I guess, maybe it was based on that the AIG called for the recent case to be transferred to his office.

“They turned the case against us. They alleged it was my manager who brought the bulldozer that destroyed the property of Igwe Umunya while it was my property that was destroyed. We have been working at the site and they have been ganging against us to destroy our property from time to time.

“Zone 13 turned against us and detained my manager for two days. My lawyer wrote to the police to release him unconditionally but the next day they dragged him to a magistrate’s court at Nteje. However, the court did not sit. The next day they brought him again and my manager was released on bail while the case was adjourned till June.

“I bought the property in question from Chief Felix Akpu and Chief Akpu bought it from the original owners, Ifite Nteje, in 1991/92. I have the certificate of occupancy (C of O) since 1993.

“My appeal is that police should not determine ownership of land. We petitioned for malicious damage but Zone 13 Police did not investigate it. Instead, they connived with Igwe Umunya to turn the case against me, the petitioner/complainant. They are now talking about ownership of land, asking me to bring my C of O, which I refused to bring for security reasons.

“We learnt that the Umunya monarch had gone to court claiming that the state government sold the land to him in 2021. I am appealing to the IGP to intervene in the case and institute proper investigation into the matter.”

Igwe Onyekwuluje denied the allegations levelled against him by Ikefuna. He urged the claimant to go and sort himself out: “It was my company, not I as Igwe Umunya, that got the land from the state government with C of O.

“The Anambra State Physical Planning Authority went to the land last year and marked it because Samzek Company encroached on government land. They gave Samzek time to vacate the place. When the time elapsed, and the company did not leave the area. The state agency came and removed whatever was on the part of the land, not me.

“It is not true that I hired or paid anybody to go and destroy Samzek property. I did not send anybody neither did I pay anybody. It was a government agency that did its job on broad daylight, not at night. My company acquired the land from government genuinely with C of O.”

Police public relations officer for the Zone 13 Command, Nkiruka Nwode, said she was out of the country and directed the reporter to her second in command, Matthew, who said the matter was already in court.

“Not everybody who reports a case to the police is not guilty. Since the case is in the court, it is for the court to determine whether Samzek Holdings is guilty or not and whether police compromised or not and turned the case against the company.” 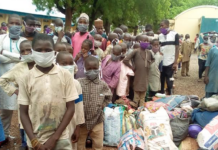 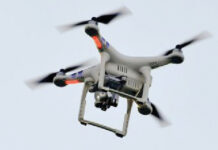 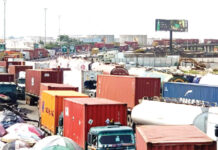