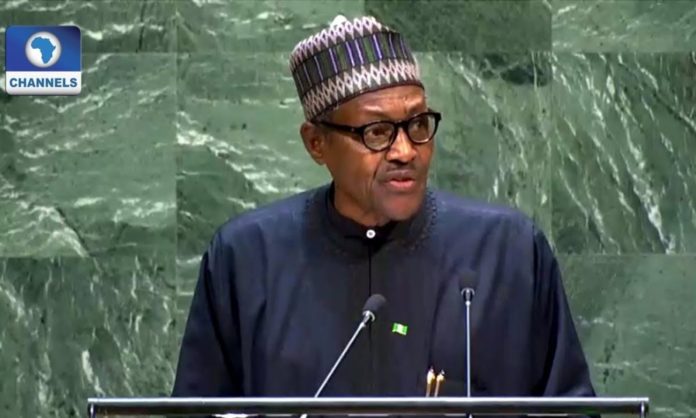 Nigeria’s president Muhammadu Buhari (retd.), has said that his government will spare no efforts at getting rid of Boko Haram terrorists, especially in the North-East part of the West African nation.

Buhari also said that though the insurgent group has been weakened by the defence forces, it is still active in the country and reigning on soft targets.

He stated this on Friday while addressing over 80 world leaders at the 76th session of the United Nations General Assembly in New York.

“Nigeria will continue to work closely with the United Nation Counter-Terrorism Office with a view to bringing this group to an end.

“Nigeria has spared no efforts in addressing the challenges of terrorism posed by the activities of Boko Haram in North-East Nigeria, the Lake Chad region as well as banditry in the North-West and the North-Central.”

The President lamented that Nigeria was concerned about illicit trading and movement of small arms which was increasing criminality and insurgency in the country.