The Federal Government has set up a committee saddled with the responsibility of ensuring adequate safety measures in securing train and other railway infrastructure, has learnt.

reports that terrorists, on March 28, 2022, attacked the AK-9 Abuja-Kaduna train and abducted its passengers.

This led to the suspension of train services on the corridor with the Federal Government saying services will only resume after all the abducted passengers must have been released.

The abductors released the hostages in batches with the last set of 23 released on Wednesday.

When asked on Thursday about the efforts being made to secure the trains and their passengers ahead of the possible resumption of services, the Ministry of Transportation’s spokeperson, Yakubu Mahmood, said a committee has been set up for the purpose.

According to Mahmood, the committee is chaired by the ministry’s Permanent Secretary, Magdalene Ajani.

“There is a committee set up by the Federal Government under the chairmanship of the Permanent Secretary, Federal Ministry of Transportation, but yet to submit its report,” Mahmood said.

Meanwhile, in an unscheduled visit on Thursday in Kaduna, the President, Major General Muhammadu Buhari (retd.), met with the freed 23 passengers at the Nigerian Defence Academy Hospital.

The Senior Special Assistant to the President on Media and Publicity, Garba Shehu, disclosed this in a statement titled ‘President Buhari meets freed Kaduna train passengers, thanks Nigerian military for their brave services.’

“The President made an impromptu visit to the hospital to see the victims of the train attack after commissioning Cadets of 69 Regular Course (Army, Navy and Air Force) of the NDA, in Afaka, Kaduna State.

“Before boarding NAF 001 back to Abuja from the Kaduna International Airport, Buhari detoured to the hospital, where he also thanked the Nigerian military for their brave services in securing the safe release of the hostages from Boko Haram terrorists.”

The Christian Association of Nigeria on Thursday expressed satisfaction with the safe release of the remaining 23 train passengers.

The organisation commended 21-year-old Lois Azurfa, one of the captives, for remaining firm in her faith, despite threats by the terrorists to marry her off to one of them and forcefully convert her to Islam.

The CAN President, Daniel Okoh, who stated these in a statement in Abuja, said the story of Azurfa was, “a testimony that God Almighty, who watches over His people will neither sleep nor slumber, but will sustain and rescue them even from the throes of death.”

He commended Buhari for the freedom, saying it “signposts the efforts of the Federal Government in combating our common enemy as a nation – insecurity.” 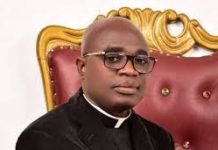 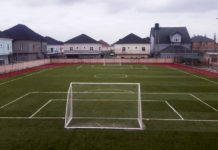 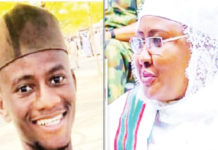 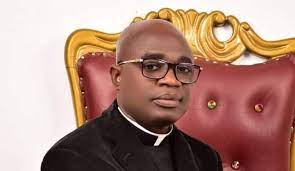