The Federal Government on Monday said it will continue to place high premium on defence procurement, personnel training and other support for the nation’s armed forces in order to adequately address the current multi-faceted security issues.

The retreat with the theme: Shaping the Armed Forces of Nigeria for Current and Future Security Challenges’ is being organized by the office of the Chief of Defence Staff.

Delivering the keynote address, Magashi said despite the improvement in the provision of technological and other logistics support, there was a lot to be done if the nation must win the war against insurgents, bandits, terrorists and other criminal elements.

Magashi said though the army has recorded several successes particularly in the North East region, recent events however indicated that more effort is required to restore normalcy in the various spots across the country.

Describing the retreat as “highly crucial,” the Minister urged participants to use the forum to examine “the various statutory documents and policies that guide the establishment and deployment of armed forces to ensure that they are in tandem with the prevailing and future realities.”

He advised them to be conscious of the nation’s history and peculiarities so as to make sustainable contributions.

According to him, another objective of the retreat was to begin to plan and strategically pivot on how to fight the future wars, explaining that if there were serious analysis of previous intra-state socio-economic problems and global events, the nation would not be having the present security challenges.

“I am also quite conscious of the third objective of this retreat, which is to boost cohesion, mutual respect and the spirit of togetherness/collectiveness in our noble profession, as battles and wars become more of joint operations,” he added.

Gen. Irabor explained that the “National Military Strategy was developed to provide a platform upon which our joint and respective services doctrines will stand.

“As a follow-on, the Integrated Logistics Strategy has also been developed and undergoing review. Similarly, the Joint Defence Doctrine is being reviewed and unbundled for ease of reference.

“I am aware the services are all working on their respective doctrines and other regulatory documents to achieve a collective goal.

“It is however, my ardent belief that, the implementation of these strategies would not achieve the much desired goals if we do not open a less theoretical means of forging ahead.”

In his remarks, Delta State Governor, Dr. Ifeanyi Okowa acknowledged the efforts of the armed forces in sustaining peace in the state.

Okowa said though the nation’s security challenges are multi-faceted, he had no doubt that the armed forces would overcome in the long run.

He advocated that in addition to developing a technological driven security architecture, the armed forces should maintain cordial relationship with local communities if the war against insurgents bandits and terrorists must be won.

The governor also called on the armed forces to purge itself of saboteurs, and ensure that officers and personnel prosecuting the war against insurgents and bandits display high levels of integrity and patriotism. 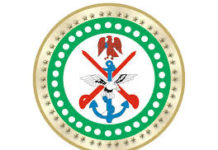 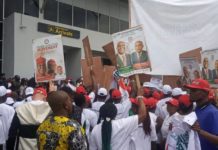