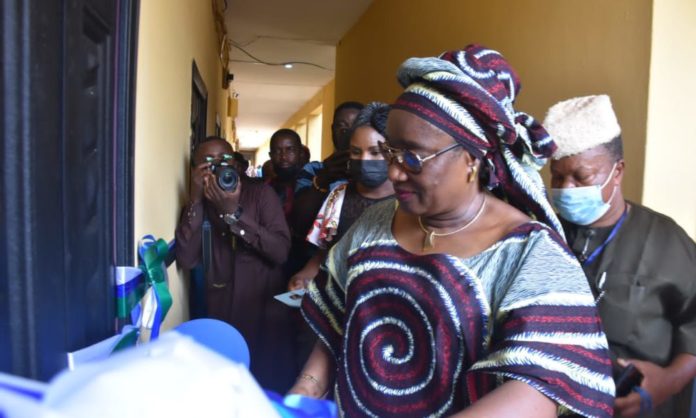 The Federal Government has eliminated rigorous verification exercise for its retirees, such that they can get verified in the corner of their homes, instead travelling long distances to join long queues and stand in the sun for them to be verified.

Ejikeme also inaugurated the PTAD office at the state’s Ministry of Establishment, Secretariat, Ibadan, where she promised that another office would be opened in Ondo State soon, to bring the directorate closer to the federal retirees that did not transit to contributory pension scheme.

According to her, “On October 12, 2021, PTAD formally launched the “I Am Alive” confirmation platform, an online application to confirm that pensioners on our monthly pension payroll are alive and receive their pension.

“This is a web-based platform designed to enable our pensioners easily confirm their aliveness from the comfort of their homes or neighbourhood, using either a smartphone or a computer system.

“This solution takes the pensioners through a three-step confirmation process that ends with a text message response.”

Ejikeme said the era of bringing aged pensioners for field verification was over, saying they stand by the promise.

She stated further that the new lease of life for the pensioners, who retired from the federal civil service on or before June 30, 2007, either voluntarily or compulsorily, was made possible through an online application that was launched by PTAD, ‘I Am Alive Confirmation Online Platform’, for quick access to the the payment of their pensions.

Ejikeme said: “We completely liquidated a total of 126 months of inherited liabilities from Nigeria Reinsurance Corporation and 219 months from New Nigeria Newspaper Limited.”

“We also settled a significant portion of the outstanding inherited liabilities due to Ex-workers of another three of the Defunct Agencies: NICON Insurance, Delta Steel Company Limited and NITEL/MTEL.

“The icing on the cake was the receipt of the repatriated sum of £26,505,862.97 from the UK, which were pension funds under investment with Crown Agents Investment Management Limited, UK. The funds have been used to settle the liabilities of the defunct agencies I earlier mentioned.”