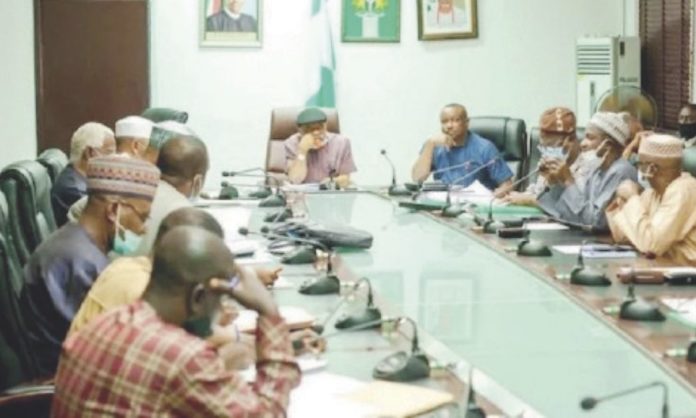 Anger is justifiably growing among frustrated parents of students in public universities as they watch and wait for a positive outcome from the ongoing negotiation between the Federal Government and the Academic Staff Union of Universities (ASUU), which on February 14, embarked on a one-month warning strike to press for the government’s fulfilment of the agreement it reached with the lecturers.

In the face of the incessant strikes by ASUU, the fate of students became a ping pong ball bounced between the government and the union, truncating the academic progression of the hapless students and compounding the financial burden on parents, who have had to endure the prolonged stay of their children in the universities

In some instances, courses that should normally run for four years have stretched up to six years or more. On the contrary, the counterparts of their children, whose parents could afford to enrol them in private universities go through the normal duration for their courses and graduate while those in public universities are still in 300-Level as the case may be.

A cleric and National President, Association of Orphanages and Homes in Nigeria (ASSOHON), Rev Gabriel Oyediji is one person who is disturbed by the situation in the public universities.

He said: “It is unfortunate that this generation has to pass through this road because the serial strikes are a major disruption of academic process.

“And it is not good because at the end of the day the strike is going to take the students out of concentration and put them into another society. That is why the number of yahoo boys keeps escalating. The period during which they are out of school creates vacuum for vices and all kinds of social misbehaviour that are capable of tarnishing their names, the names of their parents and the name of the country. We see the bad situation escalating, immorality growing and creating window for students to participate in crimes and things that really do not complement their status as students which they wouldn’t have had time for if their schools were in session.”

Like most parents, his earnest desire is that the issue of incessant strikes in the country will become a thing of the past.

“So, we in the religious circle keep praying to God for divine intervention in the situation of this country.

“In those days when you secured admission into universities, you were certain of how many years you were going to spend in school, but these days you can’t really say when you are going to graduate. That is why we are calling on the concerned bodies, both the government and ASUU, to consider the overall impact on the future of this country because what is playing out is not complementary to the development of our children in all ramifications. So something must be done urgently,” he said.

Also saddened, frontline politician and chieftain of the All Progressives Congress, APC, Chekwas Okorie, conveyed his discomfiture over the state of the public universities, lambasting the government for failing to discharge the obligations it freely undertook.

For him, such failure smacks of irresponsibility.

His words: “I am worried and disturbed by the frequent disruptions in the academic calendar of our children who sign in for a four, five or six years programme, but who end up doing twice that length of time because of these disruptions.

“At the same time I don’t know how a government would enter into an agreement, written agreement for that matter, with a commitment to meet up with certain obligations, but will fail to do so. It is very difficult for me to blame ASUU because these are human beings, who are working to earn fair wage for the work they are doing. The government has a responsibility once it has entered into a written agreement with any organisation. It makes for a responsible government to live up to its own commitment.

“I am a member of the APC and I have a tremendous respect for the president, but I am unable to support a situation where a government will constantly renege on its commitments. Having said that, mine is to appeal to the government to try to meet ASUU’s demands even if it is halfway because the implication of this strike is beyond just stopping work and making students to wait until things are sorted out.

“These are young and vibrant youths who want to acquire some knowledge and get out into the world and make use of the skills they have acquired, but when you leave them idle and frustrated, because they are young they can easily resort to some vices that will now affect the society in a more devastating manner.

“The ASUU members also have their children in the school. But the only way you can deal with an insensitive government is to wait for the next election. However, as a member of the APC I will like the APC to remain in power. Therefore, my appeal to the government is to live up to the commitment it made to ASUU.

“The government didn’t make the commitment with a gun pointed at its head. They made this commitment with the best of their ministers and senior officials in negotiation with ASUU leadership. And since it was agreed upon, it should be obeyed because anybody who can’t keep a promise, whether as an individual or a group, is irresponsible.”

For the Executive Director, Civil Liberties Organisation, Comrade Ibuchukwu Ezike, the damaging effect of what is being witnessed in the education system is symptomatic of the other sectors.

At a time when the country is battling with security challenge, Ezike warned that the situation would assume more serious dimension in future as if the government continues to toy with the education of the youths.

Hear him: “We keep saying Nigerian graduates are not employable without doing anything to help the state. We shouldn’t expect to produce better graduates when the government continues to fail in fulfilling its obligations. The only solution to this problem is for all of us to rise as progressives to put an end to the reign of this inept and corrupt system, we must rise to chase them away. There is nothing that is wrong with Nigeria. What is wrong about Nigeria is the management.”

As it is said, it is different strokes for different people. That explained the good fortune of the family of Mrs Omolara Thompson, a civil servant, who with her husband resolved to save their children from the psychological pain and attendant trauma which incessant strikes in public universities can cause, by opting for a private university, electing to endure the sacrifices entailed by the decision.

As the one month ASUU warning strike runs its course, Mrs Thompson is revelling in the beauty of the decision. “My eldest daughter is a medical doctor already. She graduated from Afe Babalola University and she didn’t exceed the year she was supposed to graduate from the institution.

“Her mates in public universities are still in College of Medicine. We are civil servants, but we resolved to forgo luxury to enable us pay school fees which you know is not a small fry. Presently I have two children in another private university, Mountain Top University, so I’m less bothered about ASUU,” she said.

While Thompson is joyous, another mother, Mrs Edna Balogun is one of tens of thousands agonising over the current strike.

Mrs Balogun’s daughter is studying Geology in Ekiti State University, Ado-Ekiti, and is caught in the grip of the ASUU strike.

“Right now, my daughter is still in the school hostel. She said she would stay back, but if the strike is not called off in a month she would have to come back to Lagos. The stress of travelling down to Lagos is her concern right now. The problem in public universities is enormous. This is the second strike she has encountered as undergraduate coupled with the long COVID-19 lockdown. She’s still in 300-Level second semester; she ought to have finished,” Mrs Balogun lamented.

With the strike now in the third week, Cecilia Nwoko, a first year student of Ambrose Alli University, Ekpoma, who resides in one of the private hostels within the proximity of the institution told Sunday Sun that the school environment is dry, noting that students whose parents live in Benin, Onitsha and neighbouring villages vacated from the hostels, leaving students like her from far places like Lagos and other parts of the country lonely.

In the event the strike is not called off within the next few days, Miss Nwoko says she would have no other option than return to Lagos to meet her parents. 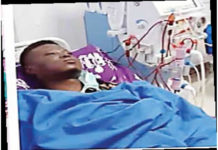 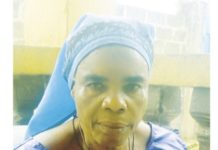 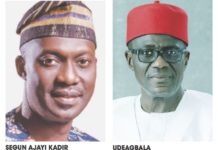 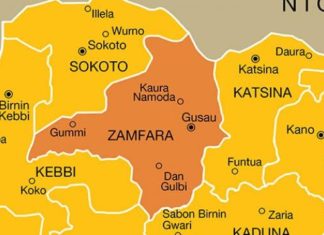