As the legal suit on the controversial national carrier-Nigeria Air-continues, lawyers representing the Federal Government and the domestic airlines are expected to meet at the Federal High Court in Lagos, on Monday (today).

The lawyers cited jurisdiction issues as a major reason.

However, officials of domestic airlines under the aegis of the Airline Operators of Nigeria said the plaintiffs were set to file a counter affidavit to challenge the motion.

“We will oppose the transfer of the case to Abuja. All the parties involved in this case are based in Lagos and AON’s office is also in Lagos,” an AON leader said.

had on Friday obtained the motion which was filed January 13, 2023.

The motion, with the suit number FHC/L/CS/2159/22/283 claimed that defendants reside and carry on substantial part of their business.

The document read in part, “That after carefully studying the originating process and other processes filed by the Plaintiffs, the cause of action alleged by the plaintiffs occurred in the Federal Capital Territory outside the judicial division where this suit is instituted.

“That the engagement of counsel to handle the instant case in the judicial division of this Honourable Court which is outside all the Defendants’ place of residence will attract huge amount of expenses on the part of the Defendants and that may likely affect the Defendants’ proficiencies to properly prosecute the suit to a logical and expeditious conclusion, and by extension, affects the course of fair hearing in the course of the trial.”

Supporting the motion, another defence counsel, Usman Suleiman Shehu, esq and Maimuna L Shiru (Mrs) contended that the defendants/applicant were entitled to an order of the court transferring the suit to the Federal Capital Territory, Abuja judicial division. 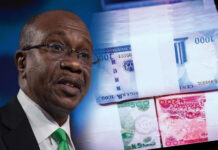