Retired Deputy Inspector General of Police, Azubuko Udah has added to the rank of Nigerians calling for a president of Igbo extraction to take over from President Muhammadu Buhari in 2023.

Udah stated this in his Agbua-Ozuitem country home in Bende L.G.A, of Abia State during a one-day meeting with members of a 2023 Pro-Igbo presidency group, Okezuo Igbo Organization.

Udah maintained that the Igbo presidency question has to be addressed in 2023 as that of the Yoruba’s was addressed in 1999, which produced Olusegun Obasanjo as president.

Udah reasoned that in the present arrangement, the North, Southwest and South south had all produced the president of the country except the Igbo speaking states whether from Southeast or South south.

He said the Igbo are not only bona fide citizens of the country but also PanNigeria, whose enormous sacrifice to the growth, progress and development of country, which contributions he said cannot be questioned.

He appealed to the other regions of the country to rally round and support the movement as it will be unfair to exclude the Igbo from having a shot at the presidency.

He encouraged the Organization to reach out to other ethnic nationalities across the nation to gain the needed supports for the actualization of the project.

Earlier, Akuakonobi had said the Organization is a group of like minds for the actualization of the dreamed 2023 Igbo presidency project.

While expressing the preparedness of the group to interface with the Igbo brothers in the North and Western parts of the country, Akuakonobi disclosed that the group is aggressively sensitizing and mobilizing the grassroot for support and would soon pay a courtesy visit to the former President Olusegun Obasanjo.

Akuakonobi expressed gratitude to Udah, who is one the national leaders of the group for his support to the body. 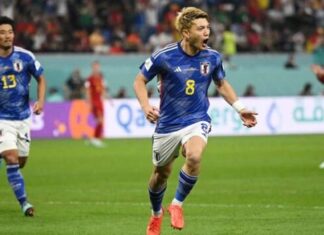