The European Union (EU) has described Edo State as a model worth emulating in tackling human trafficking.

The Head of the European Union delegation to Nigeria and ECOWAS, Ambassador Samuela Isopi gave the commendation when she was led on a tour, by the wife of the state governor, Betsy Obaseki, of facilities set up by the state government to tackle human trafficking and Gender Based Violence in the state.

Speaking with newsmen after touring the Daisy Danjuma Welcome Centre  built by the Edo State Government, which also houses the temporal structure of the Edo State Sexual Assault Referral Centre, the EU Ambassador congratulated the state governor and his wife , for their “strong” commitment to fighting human trafficking.

She said “Edo State has set the pace. It has come from being a trafficking hub to be a model in the way this issue is being tackled and we hope that others follow their example.”

The EU Ambassador expressed the EU’s commitment to continue to partner the state and the Nigerian Governors Wives’ Forum in tackling gender based violence.

She said “a few days ago we were together to mark the 16 days of activism for this year, and we are also very pleased to partner with the Nigerian Governor’s Wives Forum, towards eradicating gender based violence.” 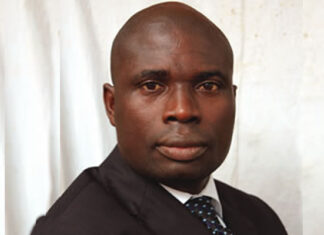