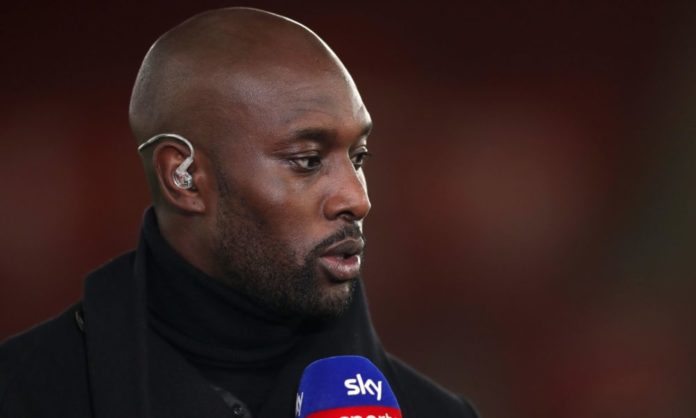 Cole said Rangnick is ‘talking too much’ while Manchester United struggles through a difficult season.

Rangnick was appointed interim manager of Man United last December and he has steadied the ship at Old Trafford, balancing his tactical know-how with a no-nonsense straight talking approach with the media.

The German is not afraid to reveal which players want to leave Man United and has become accustomed to calling out reports like he did on Friday when he claimed captain Harry Maguire was going to be stripped of the captaincy as ‘nonsense’.

But Cole believes Rangnick is too open and ‘talks too much’ about topics that should not be addressed.

Speaking about Rangnick, Cole told talkSPORT, “This is just too much. This geezer keeps on talking! For me, he’s talking too much.

“I’m talking from a player’s perspective, if I’m always seeing my gaffer going to the papers and talking about problems, everyone doesn’t need to know that!