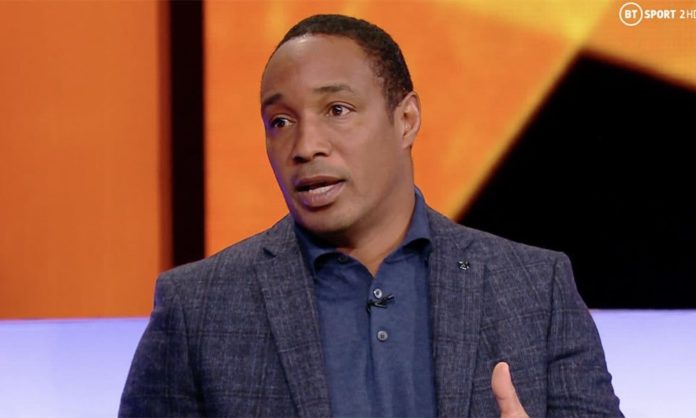 Ince slammed, who is an Old Trafford hero, slammed the players following the defeat by West Ham on Wednesday.

Ole Gunnar Solskjaer started the trio in front as he made wholesale changes to his side for the Carabao Cup clash with the Hammers.

But the attackers did little or nothing to create problems for the visiting defence and Manchester United crashed out of the competition losing 1-0 to David Moyes’ side.

And Ince, who’s also a former Liverpool and Inter Milan star, accused Sancho, Lingard and Martial of opting for style-over-substance kind of football and prioritising dribbling over passing as he declared he was left “wound up” by their attitude on the pitch.

“I get that Sancho is still learning, he’s still young. But this is not a FIFA game, it’s not all about dribbling and dribbling and trying to beat two, three, four players or little flicks and that,” he told The United Stand.

“Yeah, it’s nice when they come off but the likes of Sancho and Lingard, all these flicks, just play proper football.

“Honestly, it winds me up!

“If you watch players like [Ryan] Giggs, they get it and they pass, one-twos and get one-on-one… we just want to keep running with the ball, trying little flicks, little back-heels.

“That’s what I saw with Martial, I saw it at times with Lingard and with Sancho and that’s where they need to learn that it’s not all about dribbling.

“Sometimes you can pass your way through players and get yourself in the box.”