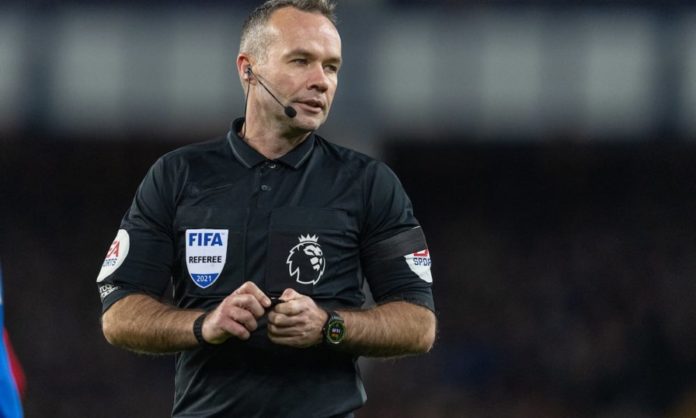 Referee, Paul Tierney has told Manchester United interim boss, Ralf Rangnick that football officiating in England is not at the same level with the other leagues.

Rangnick had confronted the referee to voice his complaints over Leeds’ second goal in Manchester United’s 4-2 win at Elland Road on Sunday.

The goal stood despite Fernandes and other United players pleading for a free-kick and a VAR check affirmed the ref’s decision.

Rangnick, whose coaching job had been in Germany with Schalke RB Leipzig, was not satisifed with referee Tierney’s decision. He confronted him at full-time.

And addressing reporters after meeting with the referee, Rangnick revealed what the Englishman told him.

“I spoke to the referee after the game about that tackle on Bruno that led to their equaliser and [I told him that] in Germany they wouldn’t have even asked the VAR.

“The referee said to me, quite funnily, ‘that is why you had to come to England!’.”

Fred and Anthony Elanga came off the bench to make it 4-2 for Manchester United after the Lilywhitea had cancelled out Harry Maguire and Jadon Sancho’s earlier first half strikes.