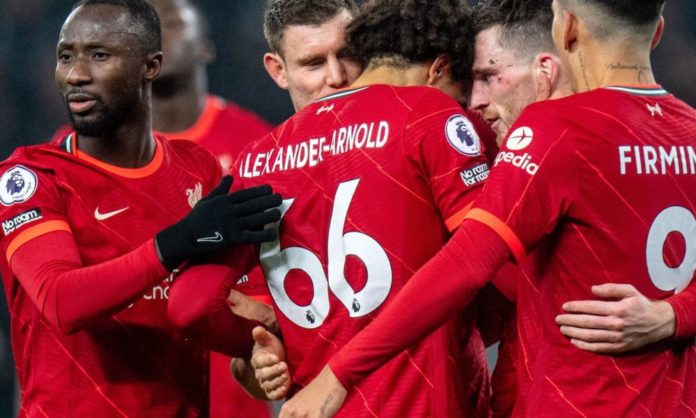 Names of about three top players Liverpool could sign in this January transfer window have emerged.

The January transfer window gives clubs the opportunity to rebalance the squad and address any glaring issues as Liverpool heads into 2022 with renewed optimism after dropping behind Premier League leaders Manchester City.

However, Metro UK reports that Raphinha of Leeds United is one of the three players Liverpool could buy after the Brazilian is being linked with a move away from Elland Road.

The Brazilian, who has drawn the interest of Liverpool, Man United and Bayern Munich in the past, has comfortably been Leeds United’s standout player this season, despite the evident struggles of Marcelo Bielsa’s men.

He has scored eight goals and registered one assist in 16 Premier League games this season for Leeds.

The 25-year-old’s current contract with Leeds will expire in 2024.

Other players are West Ham United’s Jarrod Bowen, who has also been linked with a switch to Anfield and Liverpool boss, Jurgen Klopp, who is said to be a huge admirer of the winger.