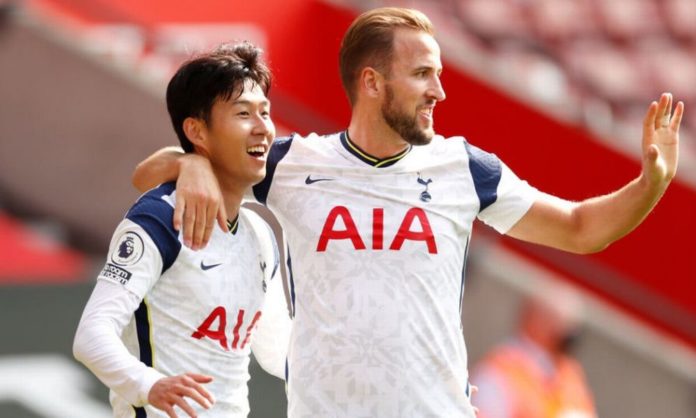 Tottenham stars, Harry Kane and Son Heung-min have reacted after equalling a record set by Chelsea legend Frank Lampard and Didier Drogba during Spurs win over Manchester City on Saturday.

Son provided the assist for Kane’s first goal against Manchester City on Saturday, and that was the 36th time both players have assisted each other, equalling a Premier League record held by Drogba and Lampard.

England captain, Kane netted twice in Tottenham’s superb 3-2 win at Man City, and it is a piece of history for the England international and Son as well.

Drogba and Lampard are followed by Sergio Aguero and David Silva combining for 29 goals for Manchester City and that is the same amount as Thierry Henry and Robert Pires in their Arsenal days.

“This is a great record, I mean, this is historical. I didn’t do many things, this guy [Kane], sometimes I just cross the ball and he’s inside the box finishing so well.

“So we are glad to have this record and I hope many more to come as well,” he said.

Kane added, “‘We had a lot of preparation obviously. We connect really well and have a great understanding off the pitch.

“I can’t wait to watch it back in the video room tomorrow.”