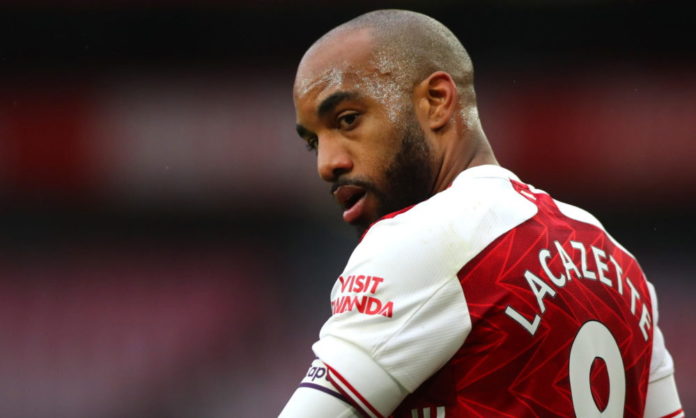 Arsenal’s new captain, Alexandre Lacazette, has listed four players who could succeed him.

Arsenal manager, Mikel Arteta, had confirmed Lacazette as the new captain for the remainder of the season following the departure of Pierre-Emerick Aubameyang.

Lacazette is out of contract at the end of the season and the prospect of him signing an extension looks like a remote one, with Lyon interested in re-signing him.

The 30-year-old inherited Arsenal’s captain armband from his friend Aubameyang, who signed for Barcelona last month.

But Lacazette believes there are four potential candidates, Gabriel, Ben White, Sambi Lokonga, and Kieran to succeed him should he eventually leave Arsenal in the future.

“There are some future captains,” Lacazette was quoted by Arsenal’s official website as saying.

“Gabriel, big Gabi, has got presence, leadership at the back. I think when he’s going to be more fluent in English, it will help a lot.

“Ben White as well, he’s more quiet maybe, but by the way he plays he can be a good leader and maybe with an edge can build up.

“Sambi Lokonga, but he’s already been a captain in the past so it’s not hard to say he can be a good captain.

“Kieran as well because I think he’s been a captain as well in the past for the national team a few times. You can see some future captains or leaders.”