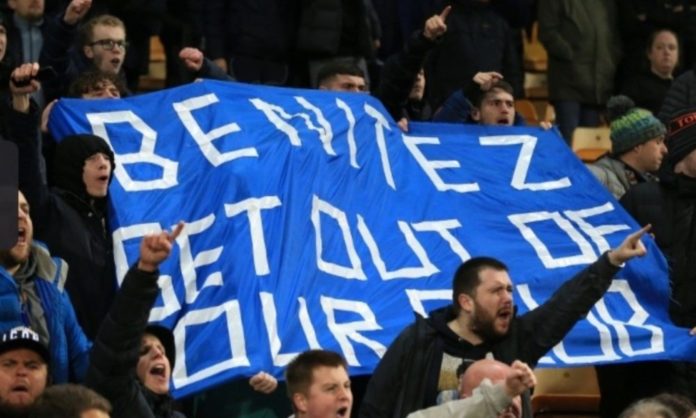 One of the most experienced managers in the English top-flight, Rafa Benitez, has said his future as Everton boss is no longer in his hands.

Norwich entered the Premier League survival hopes with a 2-1 victory over Everton on Saturday heaping more pressure on Benitez.

Michael Keane’s own goal in the 16th minute and Adam Idah’s strike two minutes later got Norwich ahead while Recharlison came off the bench to score a consolidation goal for the visitors.

The Toffees boss is now under pressure following the latest setback with Everton, having won just one of 13 league games.

Asked if he is fearful of being sacked given Everton’s record under majority shareholder, Farhad Moshiri when it comes to hiring and firing, Benitez told Sky Sports, “I’m a professional and I have enough experience.

“I’ve come here to fix issues that have been there for the past five years. The other things are not in my hands. I’m just trying to do my job.

“We’re disappointed like the fans because we lost but we must be professional and try to learn not to make these mistakes.

“We have players coming back and we have to try to make the right decisions as we did in the second half. We have to be proactive.”