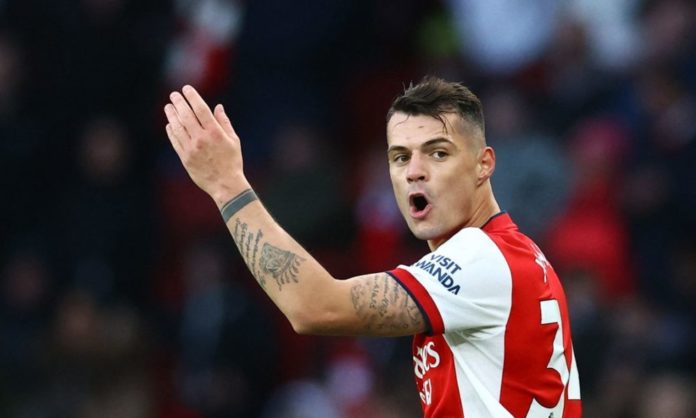 Arsenal manager, Mikel Arteta has played down any potential controversy after Granit Xhaka refused to wear the captain’s armband during their 2-1 win over Brentford in the Premier League.

Emile Smith Rowe and Bukayo Saka netted for the Gunners, as they moved within one point off fourth place, with two outstanding games.

However, there was a bizarre incident in the second half, when Alexandre Lacazette was subbed off.

Lacazette handed the armband to Eddie Nketiah who replaced him and the young striker tried to pass it to Xhaka.

However, Xhaka snubbed Nketiah twice, declining the offer of the armband.

Nketiah briefly wore it, before eventually giving it to Kieran Tierney.

When asked why Xhaka refused the armband, Arteta told Sky Sports: “Because it was for Kieran.

“Kieran was the next in line and that’s the reason why.”