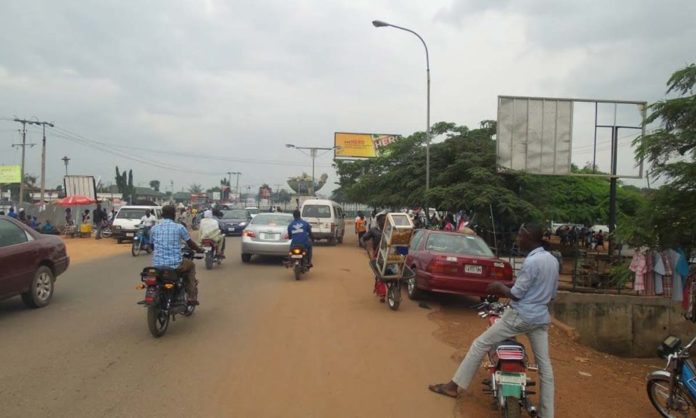 There is confusion in Obollo-Afor, the headquarters of Udenu Local Government Area, Enugu State as hooded gunmen enforcing the suspended IPOB sit-at-home order attacked residents in the early hours of today.

The hooded gunmen who came into the commercial town on motorcycles were seen beating traders who had opened shop for business. Other residents were seen scampering for safety as the hoodlums chased them down with whips.

A tricycle was also burnt by the hoodlums.

It was learnt that members of Udenu Central Neighbourhood Watch took to their heels on sighting the gunmen. A Sienna car belonging to the group was destroyed in the attack.

One of the traders told Daily Sun that he had a close shove with the gunmen said he was yet to recover from the incident.

They had guns, knives and whips with which they dispersed people. They didn’t shoot at anybody. Their faces were covered. I am still shaking from the shock. I thought they would attack me since my shop was open at the time they passed. Later on I heard they were beating some people and asking others to go back home.”

Another eyewitness said that a military team arrived at the town around 8:30am and is currently patrolling it to ensure that normalcy is restored.