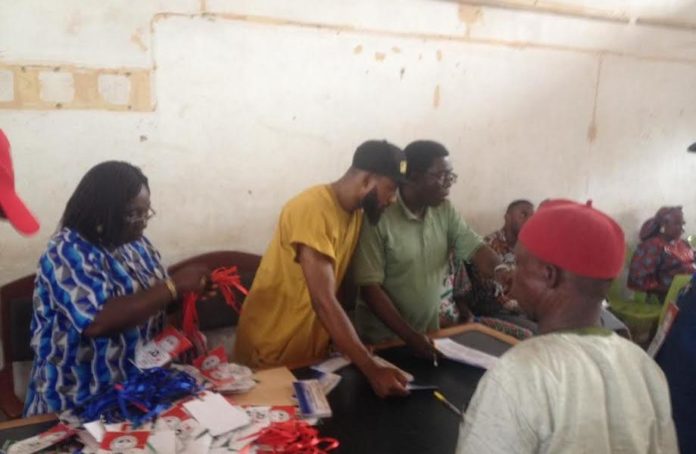 Okechi, who is the Commissioner for Housing in Enugu State, received 330 votes from delegates from 16 wards that made up the council area.

Announcing the result on Saturday at the council headquarters, Mr Christian Ani, the leader of the Electoral Committee from the PDP Secretariat in Enugu, commended party delegates for conducting themselves in a peaceful and orderly manner during the primary.

Ani said Okechi polled 330 votes to win; he explained that PDP delegates in the area were 371, and 331 were accredited and voted while one void vote was recorded.

‘With the power conferred on me as The returning officer of this election, I hereby declared Okechi as PDP flag-bearer for Igboeze-South on February 23 Enugu State LG election,’ he said.

‘I thank delegates for conducting themselves in an orderly manner, which once again has demonstrated that PDP is one big family,’ he said.

In his acceptance speech, Okechi expressed appreciation to Igbo-Eze South PDP party leadership for finding Him worthy to fly the flag of the party.

‘My special thanks goes to our good leader and governor for his firm grip of the party in the state and the quality leadership he has enthroned.

‘If elected on February 23, I will follow in his footsteps by ensuring my administration heralds a peaceful co-existence for the entire people of Igbo-Eze South.’

The candidate-elect promised to carry everybody along as well as sacrifice time and energy to unity stakeholders in the area.

‘I will also sacrifice my personal time and energy as part of the efforts geared towards bringing all our stakeholders in Igbo-Eze South together.

‘We shall work towards putting away all those things that divide us as brothers and sisters,’ he said.

Earlier, Chief Andy Omeje, the Chairman of the Igboeze-South council and also an aspirant said he stepped down as a mark of respect to party stakeholders decision that endorsed Okechi as consensus candidate for the party.

Omeje said the good performance of Gov Ifeanyi Ugwuanyi in Enugu State had made the party one united family that speak with one voice.

‘I will mobilise residents of the area to ensure that Okechi wins the main election on February 23,’ he said.

The council boss urged the people of the area to support the administration of Okechi when elected on February 23 as the chairman of the council.

‘Okechi is coming to perform better than me, as a commissioner in the state he has done very well in his ministry,’ Omeje said.