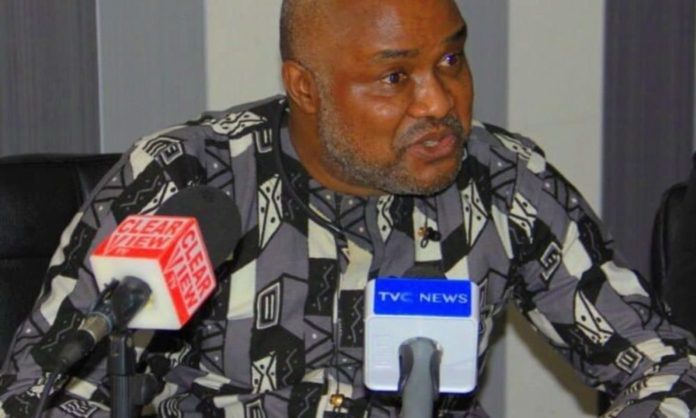 Human Rights Writers Association of Nigeria (HURIWA), on Thursday, condemned the killings and violence that marred the local government election in Enugu State on Wednesday.

The group said the violent attacks and killings in Enugu were politically motivated to dent the image of the State government.

HURIWA, in a statement signed by Comrade Emmanuel Onwubiko, its National Coordinator, urged security agents to go after the perpetrators of those evils.

At least five people were killed and many others injured as unknown gunmen reigned terror on Enugu South and Nkanu West council areas, burning vehicles during simultaneous attacks at two polling units.

And HURIWA said it is appalled by the violence and bloodshed which was coordinated to cause breach of peace in the State.

HURIWA’s Onwubiko said, “Electoral violence is becoming a recurring decimal in South-East and the bloodshed recorded during the Enugu council election is painfully one too many.

“It is no doubt that the attack in Enugu is politically motivated to dent the image of the State government that has done so much to democratise the State and remain consistent in holding elections to elect political leaders at the local government councils in line with the constitution.

“It even leaves many to wonder, especially that the violence happened only few days after one of the leading opposition political parties protested and threatened to disrupt the council election or get it nullified because the party alleged exclusion.

“HURIWA calls on security agents to conduct thorough investigation on the circumstances surrounding the killings and why politicians are resorting to killing of citizens to show their displeasure with the process put in place by the electoral umpires.”

He maintained that security agents must step up and apprehend those who publicly threatened that the election won’t hold and hold them accountable for the violence that trailed the Wednesday outing.