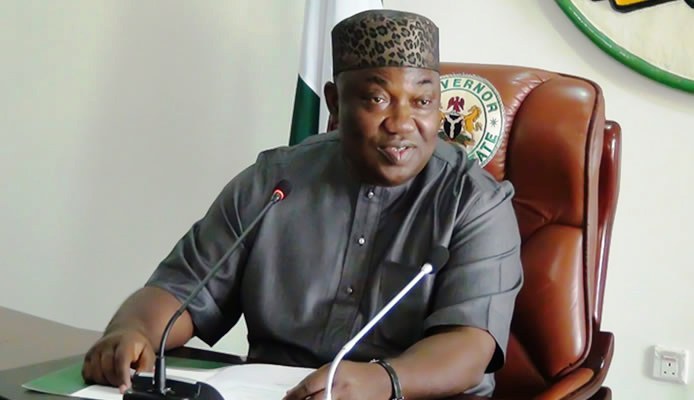 The Coalition for Equity and Good Governance (CEGG) in Enugu State at weekend threw its weight on rotation of gubernatorial power in the state, saying the system has given the state uncommon stability, peace and harmony.

Insisting that there was no cogent reason to disturb or toy with a system that has, to a very large extent, given the state peace and stability, CEGG aligned itself totally to continuation of zoning which according to it had shaped the “our political firmament in our beloved State.”

Declaring its support at press conference in Enugu, the group said, “For those who like to attack the word ‘zoning’ when it suits them, perhaps ‘rotation’ would serve better. As is often said, if it ain’t broke(n), don’t fix it.”

CEGG Coordinator, Gerald Obasi who addressed newsmen with other leaders of the group said their thesis was no longer on whether zoning by way of rotation across the three senatorial zones in Enugu was official or not as they “firmly hold the view that, by providence and political consensus, it has been designed and has come to stay for good.

“…We equally reject the suggestion that the rotation of gubernatorial power in Enugu State should be jettisoned, just because the resultant chaos from so doing will serve the narrow interests of those who will benefit from the chaos. It is pertinent to note that these individuals have been benefiting from such arrangement since the inception of this Fourth Republic.

“On the strength of the above points, it is undoubtedly clear that Enugu East Senatorial zone should produce the next governor of Enugu State. The debate on this matter should therefore be rightly focused on the question of which part of Enugu East should produce the next governor. In answer to that question, there is increasingly a strong sway of public opinion in favour of Nkanu East Local Government.

“Among the Nkanu peoples of Enugu East Senatorial Zone, the highest offices in the State and the Federation have been held by Nkanu West LGA, Enugu South LGA, and Enugu East LGA, including gubernatorial and Senatorial offices since the days of the old Anambra State and from 1999 to date. In contrast, Nkanu East has produced neither a Senator nor a Governor.

“For the above reasons, the case for Nkanu East is bolstered on grounds of equity, fairness and inclusiveness which Governor Ugwuanyi has thoughtfully and rightly made the anchors of the considerations on where the next governor should come from.

“Accordingly, the case of Nkanu East should not be argued only by the people of Nkanu East, hence this intervention by the Equity and Good Governance Coalition which consists of members and opinions from every local government and every ward in Enugu State.”

The group commended Gov. Ifeanyi Ugwuanyi whom they described as “amiable peace-loving governor,” for leading the state with “uncommon dexterity and wisdom which has given the good people of Enugu the tranquil polity that accommodates political conversations such as the one under view.

“That atmosphere created and sustained by his Excellency, Governor Ugwuanyi, offers all stakeholders in Enugu 2023 a polity that is amenable to the testing of ideas and debate necessary to arrive at the best and most equitable outcome on the choice for Enugu 2023.”

CEGG said it would embark on sensitization of the people of the state by sharing its conviction with them through various communication channels.