A social mobilization group, Concerned Enugu Citizens for Good Governance (CECGG), has urged Enugu State Governor, Chief Ifeanyi Ugwuanyi, to pick Chijioke Edeoga as his successor in the interest of fairness and equity.

Addressing a press conference in Enugu on Monday, the President of the group, Kenneth Ojobor, insisted that in the spirit of zoning which has entrenched peace in Enugu State since 1999, it is only fair that Enugu East Senatorial zone produced the next Governor of the state.

The group called on Ugwuanyi to consider Isi-Uzo local government area which they said is evidently the most underdeveloped local government in the senatorial zone and has not had any of its sons occupy any important elective position in the state.

“We are talking of fairness and equity here. When you look at all the parameters at play in this case, you see that Isi-Uzo should be considered to produce Ugwuanyi’s successor.

“They are visibly the most underdeveloped area in Enugu State. So the candidacy of Chijioke Edeoga should be considered by His Excellency.

The group which had earlier said that Edeoga was an embodiment of the craving of Enugu residents insisted that he is the best candidate to replace Governor Ugwuanyi and preserve his legacies.

“Edeoga is one man who has the capacity to deliver quality leadership. He has played an active part in this administration so he is the best bet to improve on and consolidate on what has been done already.

“Edeoga is someone who is known for his credibility unlike some of the aspirants who are enmeshed in corruption with different corruption cases tied around their neck at the EFCC.”

The group also pledged to continue to support the emergence of Chijioke Edeoga as the candidate of the Peoples Democratic Party (PDP) in the forthcoming election. 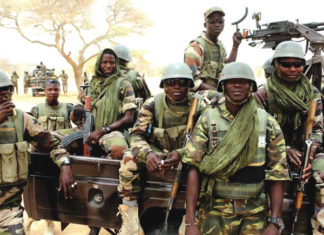