The Governor of Central Bank of Nigeria (CBN), Godwin Emefiele has emphasized the commitment of the apex bank to ensuring that more people in the country are financially included to get into the digital financial architecture popularly known as the eNaira.

He stated this at the 2022 CBN Fair which held simultaneously in Makurdi, the Benue State capital and Lafia, the Nasarawa State on Thursday.

Represented by the CBN’s Director, Corporate Communications, Mr. Osita Nwanisobi, the Governor who observed that not many Nigerians have heard about the eNaira or downloaded the eNaira wallet, disclosed that CBN would at the end of the two-day event, be onboarding many of the participants, especially those who have smart phones, and overtime, for those who don’t have smartphones.

“If you see what has happened in terms of the evolution of money; from commodity to metallic, to credit to paper to plastic and now we are talking of digital, we need to be at pace with where the world is moving. Nigeria incidentally is the first country in Africa that has launched the Central Bank Digital Currency (CBDC), and that is the eNaira.”

Emefiele explained further that the CBN would also be taking participants through other presentations such as Consumer Protection, Currency Operations, Payment Management system and Development Finance.

Speaking on the Developmental Financing initiative of the CBN, Emefiele noted that having recognized that one of the major problems that majority of Nigerians, especially youths have, is access to finance, the CBN is now looking at how to meet the financial needs of those who have business ideas but are not financially capable to effectuate those ideas.

“The days are gone. I remember in our days, we all finish and carry our certificates and the next thing we are looking for jobs and all that. But you see, the world is both moving and the world is also evolving. Today, we are looking at who are the creative individuals who might even still be in school and still be able to thinker around certain things they can do.

“The CBN recognizes that one of the major problems that you have is access to finance. You might have all the ideas. If you go to any institution for credit, the first thing you hear is collateral; bring an arm and the leg and so on. And you wonder where you will be getting the collateral when you’re just getting out of school.

“It speaks about agric business, small medium enterprises. And most importantly to those who don’t have collateral. You’re not expected to come with any collateral. What is important is the business idea that you have and perhaps, you’ve done certain level of training. And you’re good to go,” he said.

While welcoming the participants to the event, he urged them to pay rapt attention to the sensitization fair as the apex Bank would be ready to answer all their questions.

Participants at the event were drawn from the youth corps members, farmers, traders among others. 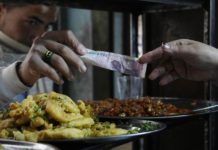 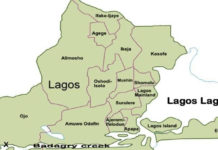