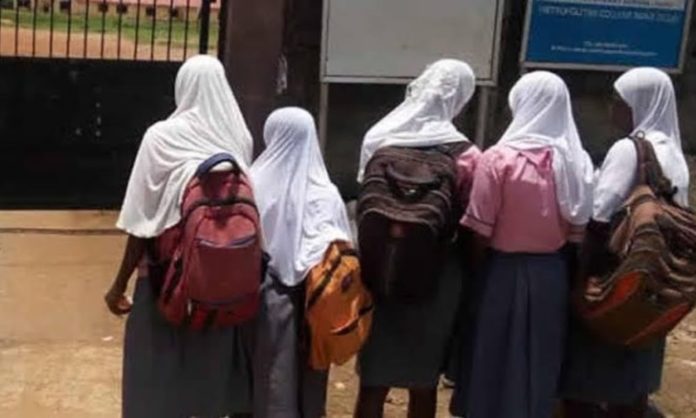 Muslim parents at the International School, University of Ibadan, have advised the management of the institution and other government-owned agencies and parastatals to stop harassing women for wearing Hijab.

The parents, under the platform of Muslim Parents’ Forum, made this disclosure while reacting to the recently released new dress code for women in the police.

The authorities of the Nigeria Police Force had on Friday approved a new dress code for women in the force.

The Muslim parents in the school, while reacting, advised the management of the school to stop further harassment of Muslim students who wish to wear Hijab on top of their uniforms.

The parents, in a statement signed by their Chairman, Alhaji Abdulrahman Balogun said that they received the news of the new dress code for women in police with great enthusiasm.

Balogun, in the statement made available to DAILY POST on Saturday, enjoined the school and other government agencies to stop harassing those who voluntarily chose to wear Hijab.

“On behalf of the Muslim Parents’ Forum, International School, Ibadan (MPF ISI-UI) we received the news of the newly approved (optional) dress code for women in Police, which in essence is an approval of hijab use among Muslim women in the Nigerian Police, with great hope for a better Nigeria, where full rights to manifestation of citizens’ religious beliefs will be achieved soon.

“The operational word – optional, resonates with our beliefs and demands at the ISI Muslim Parents Forum and other fora that uniforms should not be used to exclude adherents of the Islamic faith from aspiring to quality education or any legitimate employment opportunities.

“We, therefore, feel vindicated that our struggle does not only have divine support, but also resonates with human rational thinking.

“This gesture, like earlier ones by different schools of nursing in different parts of Nigeria, as well as Nigerian Air Force schools, has put paid to the feeble and infantile argument in some quarters that the Hijab and official uniforms are mutually exclusive.

“While we wish to appreciate the Inspector General of Police and the entire management of the Nigeria Police for taking this important step at actualising an important constitutional provision, we also want to call on the managements of other uniform-wearing institutions in the country to tread the same path of honour as the police management.

“As for us at the ISI Muslim Parents’ Forum, we are further encouraged by this constitutional and rational act by the number one law enforcement agency in the country to continue demanding for our daughters’ rights to use their Hijab along with their uniforms within and outside the school premises without molestation.”