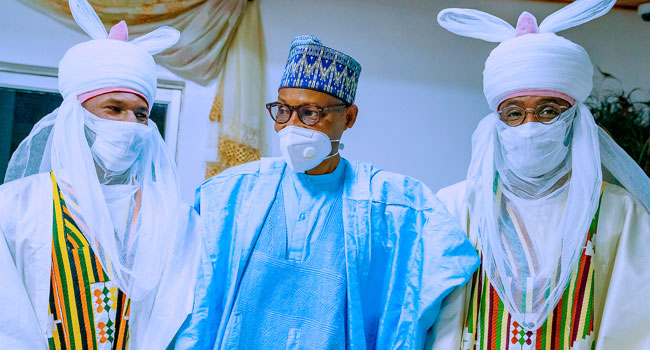 The Emir of Daura has clarified the Talban Daura chieftaincy title conferred on Yusuf Buhari, saying it is different from the Talban Hausa, given to Alpha Conde, the President of Guinea.

Emir Umar Faruq said Daura, as the linchpin of the Hausa society normally conferred ”titles that have bearing on the Hausa Kingdom and those that are specific to the Emirate.”

The Emir formally informed President Buhari about the honour given to his son on Friday.

He spoke during the President’s visit to his palace.

On Tuesday, the Emir had conferred the traditional title ‘Talban Daura” on Yusuf.

The mini-turbaning ceremony was witnessed by his father and some presidential aides.

Yusuf Buhari was turbaned alongside his nephew, Musa Daura, who is now the Dan Madamin Daura.

The Emir said a bigger turbaning ceremony will take place at a later date, before Yusuf marries the Kano Princess.

He said the turbaning of young Buhari was to further extend and deepen the long relationship between the Palace and the family.

According to him, the decision was in agreement with the kingmakers in Daura Emirate Council. 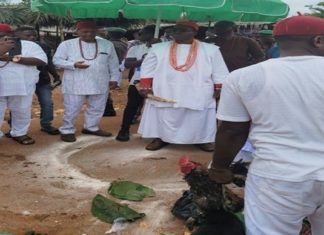