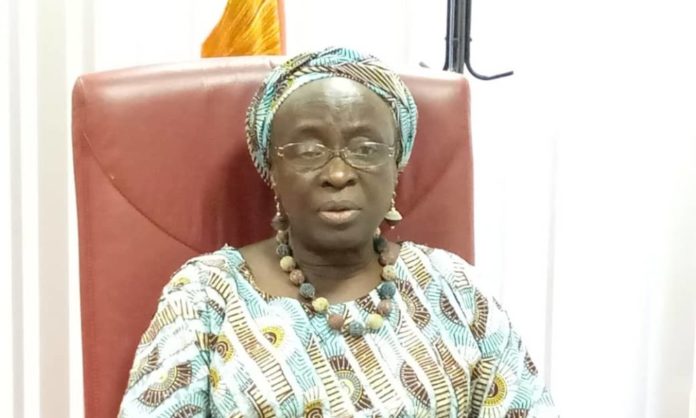 As reactions continue to trail the re-amendment of the Electoral Act Amendment bill on Tuesday, Senator Nora Daduut, representing Plateau South Senatorial District, has expressed satisfaction with the exercise.

Speaking with journalists on Thursday at the National Assembly on the passage of clause 84 of the bill, the lawmaker argued that the Senate has opened up political space by making provisions for “direct, indirect and consensus” approaches to electing candidates.

She insisted that the exercise was in the interest of Nigerians, stressing that the citizens should understand that lawmakers are working for them.

“I want to commend the Senate not because I’m part of the Senate, but I think we need to first of all, put Nigerians on the alert that we are working for them and with them.

“So, in consideration of Nigerians and their desires and their expectations, the Senate had to have a commitment.”

The lawmaker said, “The Senate decided to consider President Buhari’s concerns and made an important move to reconsider the issues observed and for this reason, the Senate had also agreed and accepted to widen the scope for political parties to make their choice.

“And that is because Nigerians, first of all, are very important to the growth and political aspirations of the individuals that are the individual politicians. So, the fact that the Senate now looked into the observations presented by Mr. President, certainly, shows that the Senate is working for Nigerians and with Nigerians.”