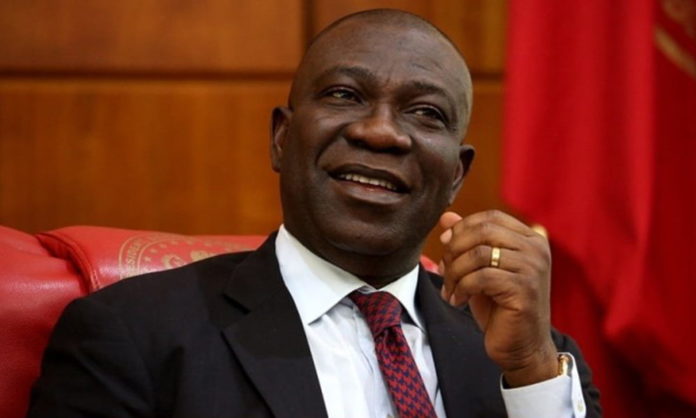 Former Deputy President of the Senate, Senator Ike Ekweremadu, has commended the signing into law of the Electoral Act Repeal and Re-enactment Bill, describing it as a quantum leap for the nation’s democracy.

Ekweremadu, who described the journey to the new electoral law as “quite frustrating”, however, poured encomiums on the civil society, media, and Nigerians for standing up for the nation’s democracy.

“I’ve been part of the nation’s electoral reform for over 10 years, but I must confess that the journey to the 2021 Electoral Act was by far the most frustrating.

“After the major electoral reform of 2010 that also involved amendments to the 1999 Constitution to, among others, open the doors to technology in our electoral system, check some executive excesses, manipulations by political parties, and straighten the Independent National Electoral Commission (INEC) through financial and administrative autonomy, our expectation after amendments to the Electoral Act in 2015 was that the new administration would support the National Assembly to further straighten our electoral laws and system.

“Unfortunately, four times, the amendments were turned down in the 8th National Assembly, apparently thwarted by narrow, partisan interests and ambitions.

“The efforts in the current National Assembly also faced similar challenges, but it is heart-warming that it has finally materialised with the presidential assent.

“Certainly, we didn’t get all we pushed for in the new law, but it is nevertheless a quantum leap for our electoral system and I congratulate all, who played a part in it.

“With the electronic transmission of election results, early primary elections, and adequate time for INEC to prepare for elections, among other breakthroughs, our elections will never be the same again and more Nigerians will be encouraged to exercise their franchise, knowing that their votes will now count”, he said.