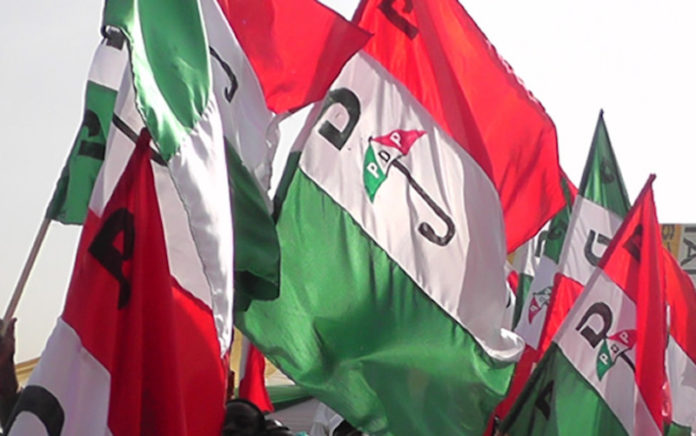 The Peoples Democratic Party( PDP) has said it will use statutory/ automatic delegates to choose its candidate for the forthcoming Ekiti State governorship poll.

PDP national chairman, Iyorchia Ayu, in a communique read to journalists, on Monday night, stated that the National Working Committee(NWC), after reviewing the situation, in its Ekiti State chapter, resolved to cancel the disputed ad-hoc ward delegates congress.

The Ekiti State PDP, ahead of tomorrow’s gubernatorial primary, has been embroiled in crisis, as party leaders bicker over the outcome of the ward congresses.

“That the party’s governorship primary election shall be conducted using the statutory/automatic delegate list.

“That all pending court cases in all matters relating to the congresses in Ekiti state must be withdrawn herewith.

“That any person defiant to the decision to withdraw all pending court cases which contradicts the provisions of the party’s Constitution shall be referred to the disciplinary committee of the party.

“That the party assures all aspirants, stakeholders and party faithful of a free, fair, transparent and credible governorship primary election in Ekiti state.”