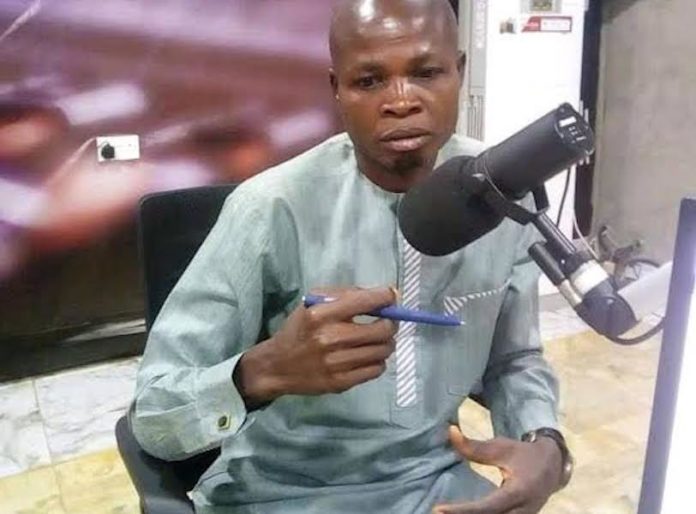 Ahead of the June 18 governorship election in Ekiti State, the state’s chapter of the Social Democratic Party (SDP), has appointed a journalist, Mr Gani Salau, as its Public Relations Officer (PRO).

A former governor of the state, Engr Segun Oni, had joined the party,(SDP) to contest as its governorship flag bearer for the June poll.

A statement by the party’s state chairman, Dr Dele Ekunola, on Friday, said the decision to appoint a new Public Relations Officer was in line with the party’s constitution as it prepares for the forthcoming governorship poll.

Ekunola explained that the appointment was approved during the extraordinary meeting of the State Working Committee (SWC) and was with effect from February 18, 2022.

‘In line with the operation and constitution of our party, the SWC today in our extraordinary meeting unanimously agreed to present Gani Salau as the new Public Relation Officer of the party with effect from today 18th of February, 2022.

‘This is done in furtherance to the task ahead of us for the more optimum and effective operation to further reposition the party as we prepare for the forthcoming gubernatorial election in Ekiti State and the subsequent elections.

‘Gani Salau graduated at the University of Jos in 2001 from the Department of Political Science. He was appointed as the secretary of Irepodun/ Ifelodun Local Council from 2007 to 2008. He holds a postgraduate diploma from the International Institute of Journalism, Abuja in 2016.

‘Until his new assignment, the astute Journalist was the Ekiti State correspondent of Tabloid net newspaper from 2021 till date.’