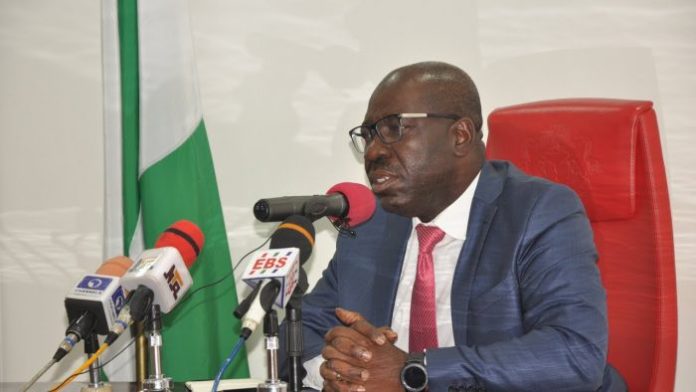 Addressing newsmen as a concerned citizen for the trio communities, Mr. Osahon Airewele, said the state government through supplemental budgetary allocation can also address the problem.

Giving the condition that has worsened the poor state of their roads, he said the natural topography of Ekpoma directs the flood towards the Ukpenu-Emuhi-Ugiamwen Road and in the process, removes the surface material; thereby creating gorges that make it dangerous for travellers to ply.

Airewele said the major occupation of the people of the communities is farming and that the produce from their farms can augment for the food shortage of the state, adding that all have been left to rot away in farms because of the bad roads brought about by the gully erosion.

“These communities are basically agrarian. This region is blessed with a soil fertile enough to produce the most wholesome and comestible pineapple in the world.

” In a different clime, the resources in this communities would be enough to sustain the economy of a state if harnessed and developed properly.

“The ladder of opportunity to participate in the economy is squashed by the government through the lack of accessible roads.

“They toil year in, year out to cultivate and harvest crops only to see them rot away because of their inability to transport these crops to markets where they can reap the economic benefits of their year-long efforts”, he said.

“It is a matter of record that the last time there was any government presence on this linked road was in 1947.

“The state of this perilous and deadly road has caused an increase in criminal activities in this area to say the least.

” It is easier for criminals to lie in wait for travellers who dangerously meander the poor condition of the road”, he said.

He appealed to governor Obaseki to consider the plight of the people and put machinery in place to address the problem of the gully erosion noting that the people from those communities are tax payers and that they cast their votes for him (Obaseki) to emerge as governor of the state.