The All Progressives Grand Alliance Senatorial candidate for Ebonyi South zone, Ifeanyi Eleje, has lamented power outage and open defecation in Afikpo area, in the Afikpo North Local Government Area of the state, saying with the right political will, the ugly trend could be addressed.

According to Eleje, the continued absence of electricity in the area was not a consequence of wickedness on the part of the Enugu Electricity Distribution Company, but because the government had not played the needed role in restoring power in the area.

He stated this during a meeting with journalists, in Abakaliki, on Monday, adding, “I must tell you that when they say politics is the art of the possible, it’s just the truth. And it means that everything is possible in politics.

“I have heard people say because this is now a private enterprise, it’s difficult. But, with the right political will and engagement, we can bring back electricity to Afikpo North, because the people have suffered so much.”

He further noted that open defecation was outlawed globally, wondering why it was still in vogue in the area.

He said, “I know that open defecation is already outlawed internationally. So, what do we need to address open defecation? Nobody, in the real sense of it, likes open defecation. This is because it’s a practice sustained by the lack of government attention.

“If you make it a focal point, it could be addressed by first, providing public toilets. It doesn’t even matter if you start with pit toilets because water is an issue in the area. We will get to that later.

“But you can start with public toilets. It’s dehumanising to have open defecation in this 21st century. Remember, you are talking about men and women.

“So the first intervention that I will seek when I get to the Senate, will be to arrest open defecation not just in Afikpo area, but the entire Ebonyi South zone.”

The PUNCH reports that Afikpo North LGA is one of the five council areas that make up the Ebonyi South Zone, where the current governor of the state, Engr. David Umahi, hails from and wants to represent in the Senate, come 2023.

The area has been in darkness for over ten years, without a power supply from the national grid. It was also gathered that open defecation was prevalent in the area. 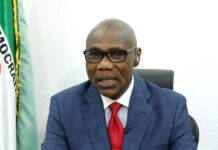 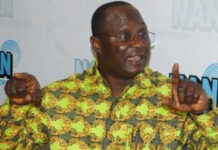