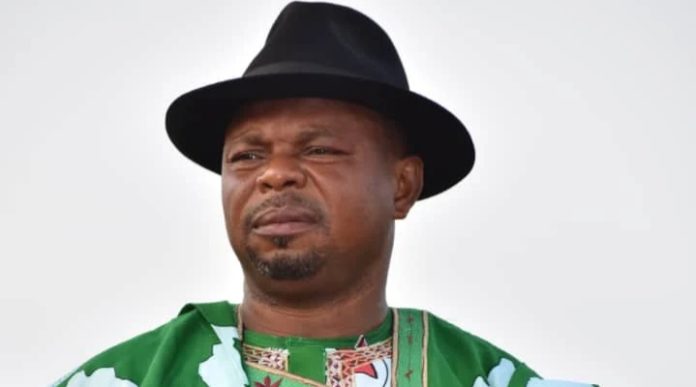 Deputy Speaker of the Ebonyi State House of Assembly Chief Obasi Odefa has raised an alarm over what he described as an ‘illegal attempt’ to remove him from office.

Speaking at a press conference in Abakaliki, Odefa who has been representing Onicha East Constituency for four consecutive terms under the platform of the People’s Democratic Party (PDP), attributed the ongoing impeachment plots to his blunt refusal to join the All Progressives Congress (APC).

Obasi who noted that there was no crisis nor division in PDP to warrant his defection from the party, further reaffirmed his membership of PDP and promised to remain loyal to the ideals of the party.

He said “you may recall that for over one year now when the Executive Governor of our dear state, Chief David Umahi, defected from the People’s Democratic Party (PDP) to the All Progressives Congress (APC), there has been all manner of speculations around where some of us belong to political party-wise.

“Consequently, this press briefing is to unequivocally state that I have remained a loyal party man and that is not about to change any time soon.

“My party, the People’s Democratic Party (PDP) from Ward, Local Government, State and at the National levels remain at peace, united and do not in any way present the avenue that could engender my defection from the party to another political party.

“Also, I am a major beneficiary of the benevolence and good standing of the PDP, in fact, I am the most privileged lawmaker in the history of the Ebonyi State House of Assembly have been elected into the House for a record four terms all on the solid platform of the PDP.

“I do not have any moral justification to abandon the party that has been so good to me. Moreso, after extensive consultation with my constituents at different levels, my constituents have made it clear that they remain loyal to the PDP and would want me to remain in the party as their representative. Of course, democratic representation is all about the wishes of the people. After all, if I go against the wishes of my constituents, I may have failed the primary duty of a lawmaker and that would be political hara-kiri. I, therefore, reaffirm that I remain a loyal, committed and proud member of the People’s Democratic Party (PDP), Ebonyi State chapter.”