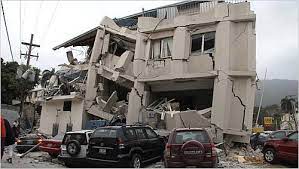 The traditional ruler of Umuanyi Uturu, Abia State, Eze Cletus Uwadiegwu Ogbonnaya has called on Ohaneze to mobilize Ndigbo at home and in the Diaspora to rush aid to the earthquake devastated Republic of Haiti in the Caribbean.

Eze Ogbonnaya, a veteran journalist who made the call in a statement issued in Umuahia, noted that the latest earthquake some weeks ago, apart from being the second in 11 years, was more devastating than the one of 2010.

The traditional ruler in pressing for why Ndigbo should help the people of the Caribbean nation in their hour of need, in going down memory lane, recalled how Haiti during the war in 1969, did not only accord Biafra diplomatic recognition, but went further to send relief materials to the starved Igbo people.

“Haiti people were descendants of freed Igbo slaves in the former French territory, who in true Igbo spirit against injustice, accorded diplomatic recognition to Biafra in 1969.

Eze Ogbonnaya observed with regret that the latest earthquake in Haiti led to mass migration to Mexico and the United States, for which 13,000 of them were declared illegal immigrants and are being flown back to Port Au Prince, the Haitian capital.

The traditional ruler said this was the time for Ndigbo to remember their kits and kin in Haiti and help them overcome their present predicament.

Eze Ogbonnaya would also want Ohaneze to pay condolence visit to Zambia to commiserate with the people of that African country over the death of former President Kenneth Kaunda, saying the country was among the few that recognized Biafra during the civil war.