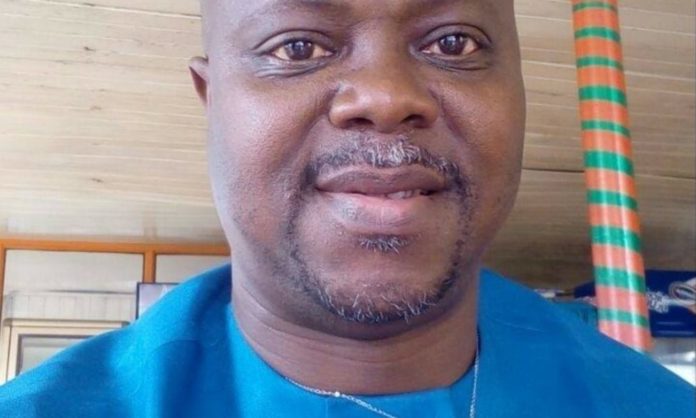 The Special Adviser to the Bayelsa State Governor, Douye Diri, on Political Matters, Collins Cocodia, has said electronic transmission of results will certainly reduce the level of radical attacks and other violent conduct during elections, adding that with e-voting leaders will become responsible.

Cocodia made the assertions in a program at a state-owned radio station in Yenagoa on Wednesday.

He said the issue of vote-buying will die prematurely because there won’t be people to give money to.

He said, Where will you see who to give money to? The man sits in his house, takes his phone and votes, both during the primaries and even at the main elections, so if you decide to go to his house to give him money, you are giving him free money, because he will still vote his conscience at the end of the day”.

“If we are able to get this e-voting done, I am one hundred percent sure that leaders will become more responsible”

He said what Nigerians are clamouring for is free, fair and credible elections that will be totally accepted by everyone, stressing it is not too much to ask, since the country’s leadership has assured it will bequeath it to the public, as one of its legacies.

He frowned at the lethargic approach by the Presidency and the Senate towards the electoral bill despite feeling the pulses of the same Nigerians they swore to listen to and do their bidding as long since it is for their own interest, adding that the electronic transmission of results will help deepen the nation’s democracy and entrench new dawn in electioneering exercise in the country.

Reacting to the issue of primaries, the Special Adviser on Political Matters was of the view that although both primaries have their advantages, the indirect primaries is easier and better to conduct, considering funds involvement and crowd control.

Cocodia also reacted to a report on the huge amount of money spent during the 2019 general elections by the Independent National Electoral Commission, INEC, and the various political parties, stressing that the amount will increase if direct primaries become the mode of primaries that is approved by the Presidency, as contained in the bill.

“A report came out not long ago that INEC spent about one hundred and eighty-nine billion naira (#189,000,000,000) to conduct elections, while political parties spent about two million dollars ($2,000,000). But if we allow direct primaries, it will amount to lots of security breaches everywhere and the cost will be much more than what we are seeing currently”.

“A situation where we have delegate elections during indirect primaries, where you have the Ward delegates as statutory, and three adhoc delegates, and the local government executives, it’s easier to manage, but for direct primaries, everyone is involved, and believe me that the result you will see will not reflect the reality of the actual number of followers, or those that came out to vote”.

“We have seen some parties sit down in a hotel or a particular house to write down results during primaries, and the figures are outrageous, such that it’s even more than the main elections”.

He also charged the Senate President, Ahmed Lawan to exhibit more of a Nigerian character than a party man and should use his office as the President of the ninth Assembly to champion bills, such as the amended electoral act bill, for the benefit of the citizenry.